Michael Moore, Susan Sarandon, and Dozens of Celebs Are Ready for Warren 2016 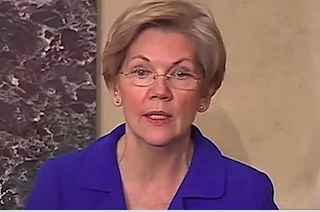 More than 90 celebrities, including filmmaker Michael Moore, actress Susan Sarandon, actor Ed Norton and many other notable names, have come together to co-sign an open letter urging Sen. Elizabeth Warren (D-MA) to enter the 2016 presidential race.

Dated Monday, Feb. 2, and addressed directly to Sen. Warren, the letter states that the groups, calling itself “Artists for Warren” is “joining hundreds of thousands of Americans who want to passionately urge you to run for President.” It goes on to cite Warren’s willingness to challenge Wall Street banks and champion income inequality as reasons why she would make an effective leader.

In an obvious reference to Hillary Clinton, the letter includes this bolded sentence: “There’s too much at stake to have anything other than our best candidates taking part in the debate; everyone is better off with a contested primary.”

Last month, Vanity Fair reported that the group met in the Chinatown loft of filmmakers Julie Pacino (daughter of Al) and Jennifer DeLia, describing it as an “off-shoot” of MoveOn.org’s Run Warren Run campaign. In attendance were fellow-letter signers Chloë Sevigny, the Beastie Boys’ Adam “Ad-Rock” Horovitz and more than 150 other guests.

In an iPhone video taped from London, actor Mark Ruffalo spoke to the group about his passion for Warren as a potential presidential candidate. “If she primaries and doesn’t win the primary, she will at least push the conversation more toward the progressive values that we all share,” he said. “As my brother and sister artists, I’m asking that you join me in getting on board with asking Elizabeth Warren to run.”

Watch video below, via Vimeo: