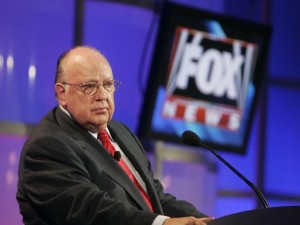 Adweek‘s Michael Wolff today published a piece tackling one aspect of Roger Ailes that the recent wave of media coverage of the Fox News president has apparently failed to address: He’s a pretty great dude, you guys.

Wolff begins his article by opining that Rolling Stone and New York‘s profiles were both “of the shocked-shocked, Fox-is-the-end-of-the-world-as-we-know-it variety,” before adding that he was used as a source in both stories, partially given the fact that he penned a biography on Ailes’ boss, News Corp. head Rupert Murdoch, and, thus, is something of an authority of the goings-on behind the scenes at the company. As such, Wolff would like to clear up what he feels are a few pervasive misconceptions about the extremely contentious – yet still, apparently, completely mysterious – man behind the Fox News juggernaut.

Ailes, in fact, is wonderfully charming. If you’re outside his circle, he seems forbidding. But inside, he’s amusing, seductive, smart—frankly, an irresistible companion. My one regret about the fallout from my Murdoch book is that I don’t have lunch with Roger anymore. His is the world of the raconteur—it’s a tale told well, and one you wish would not end. He’s gimlet-eyed, never earnest, attuned to personalities rather than issues, and with a fine sense of the ridiculous. Also, he’s a dedicated gossip. One reason he has been so successful at projecting such a coherent world view at Fox is that he is, as well as a puppeteer (what both articles ultimately accuse him of being), a brilliant narrator.

As questionable as Wolff’s actual personal knowledge of Ailes might be, he nonetheless attempts to offer some insight into how Ailes runs his operation. For him, Wolff believes, conservative politics is not so much a strategic game meant to elect specific political figures but, rather, a strategic means of reaching out to and captivating a very specific audience. Plus, Ailes is important. Vital, even. “In the end,” writes Wolff, “he alone has the king’s ear (gossip is the secret to Murdoch’s ear).”

Adding to Wolff’s portrait of Ailes as a man concerned with measurable results and audience reaction rather than (personal) politics for its own sake is the reality that Ailes has been somewhat blunt and brusque when speaking about Fox News’ Glenn Beck upcoming exit from the network. In April, you’ll recall, Ailes told AP reporter David Bauder that, “Half of the headlines say he’s been canceled. The other half say he quit. We’re pretty happy with both of them.”

Then, in an interview with Newsweek‘s Howard Kurtz, Ailes said, quite simply, that “His goals were different from our goals… I need people focused on a daily television show.”

So according to Wolff, Ailes is wonderfully charming, amusing and seductive. We couldn’t help but notice, however, that when it comes to his few public statements on Glenn Beck — well, he’s seemed particularly forbidding. To Wolff’s point, it appears that Beck is now outside his circle.