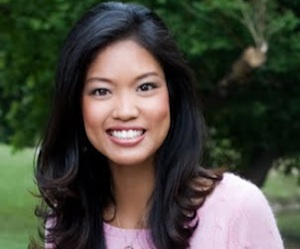 Conservative jane-of-all-trades Michelle Malkin has for years staked a name for herself throughout the media landscape as an influential, pugnacious political commentator, lending a valuable voice for the right on many different policy matters while being unafraid to ruffle a few feathers along the way. She has consistently been an enthusiastic pioneer of new media, staying ahead of the curve by utilizing new technologies in distributing her opinionated content as the web has fast evolved.

Since launching her own site, MichelleMalkin.com in 2004, she has become one of the most widely-read opinion makers in the conservative blogosphere. What sets her apart from many other bloggers has been her consistent search for innovative new platforms to deliver content to her large, loyal fanbase. Case in point: Malkin was an early adopter of the web video medium with her HotAir.com vlog series Vent which came out while YouTube was still in its infancy. It’s something that Malkin still looks back on nostalgically. “That was a really special time period for me,” Malkin revealed. “We could do anything we wanted. It was very liberating. We got to go to Iraq, we embedded outside the green zone. Maybe a couple thousand people clicked on those videos! […] It was a lot of fun. People think that because of my Fox News appearances, I’m such a dour, outraged person all the time, but anyone who actually watched those Vents knows that doing that was a great creative outlet. I got to play the piano, I got to do ‘Dance Dance Revolution’!”

“The cable news business, it does tend to turn real humans into cardboard figures. And obviously that’s not to say I’m in any way disassociating myself from the views, with the columns, from every appearance, but it’s just one aspect of who I am. So I think that’s why I’ve gravitated so much to alternative media, because there’s only so much satisfaction you can get out of a 3 or 4 minute appearance on cable TV every week.”

Fast forward to 2012, and the Twitter generation is in full swing as the fast-paced, heavily-engaged social media world of instant information has taken over many people’s lives. One such person is Malkin. She freely admits that Twitter has “grabbed much of [her] workday over the last four years.”

With such a consistent torrent of tweets, photos, videos and news to sort through, it’s getting harder and harder to keep tabs on what’s interesting and what matters. Malkin, an avid Twitterholic, has made it her mission to find a way to capture these tweets, showcase them, comment on them, and essentially hold them up as part of the public dialogue.

NEXT PAGE: “Obviously, because of my political bent and my ideological leanings, this is going to distinguish us from a lot of the other curators who are going to jump into the space”