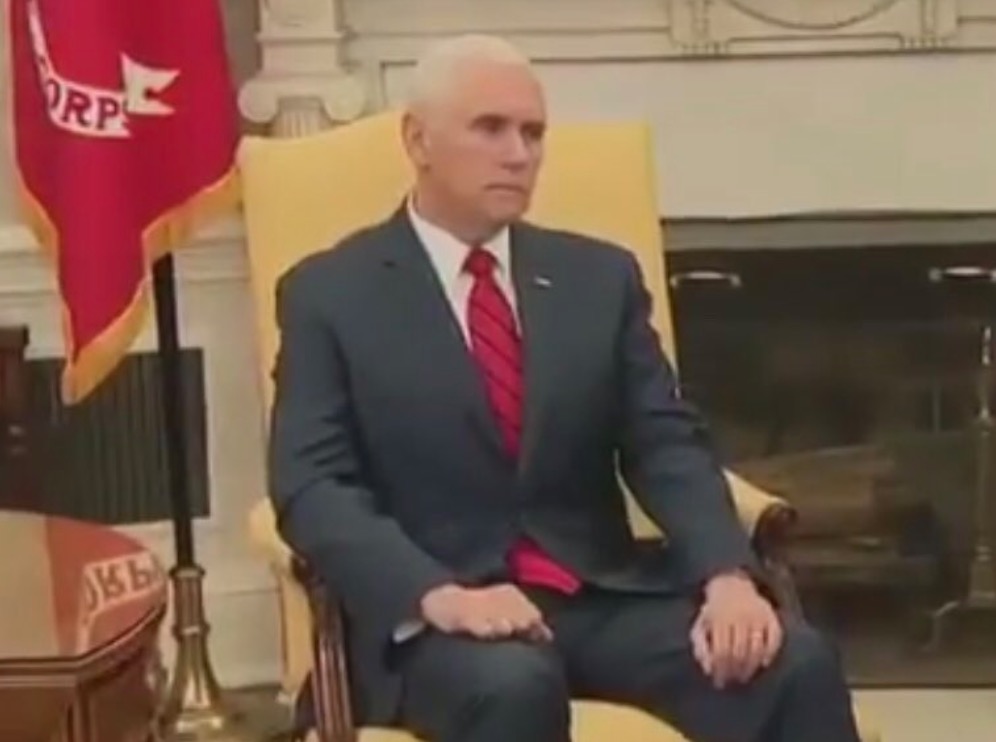 Also in attendance was Vice President Mike Pence, whose calm and stoic demeanor stood out from the remarkably political bickering and fireworks.

Users of the social platform known as “Twitter” took notice of the Vice President’s motionless behavior, and crafted various jokes, which have been embedded below for your reading pleasure.

This image of Pence says so much. Via Reuters. pic.twitter.com/Ju4TqFno50

This is horrifying! Trump, Pelosi, and Schumer are just carrying on arguing as if Mike Pence is still alive! Somebody help him!

Dear @CNN & Jeff Zucker, I want to watch nothing but this “Trump, Pelosi and Schumer” multiple car wreck video on a loop all day. And I need close-ups of Pence’s face. Over and over. Please, please, please.

mike pence is the worst member of this improv team

I mean, would *you* insert yourself into this if you were Mike Pence?

This photo was really from the Trump-Pelosi-Schumer fight today. Can someone please check to see if Mike Pence is actually still alive or is this a “Weekend at Bernies” type scenario where they just prop up Pence at meetings. pic.twitter.com/EX1qJvP5ft

.@PeterAlexander: All Americans feel like Mike Pence right there sitting there speechless as he watched it play out as he held a smile on his face #AMR

mike pence honestly looks like he’s about 10 seconds from letting out a bat-like screech https://t.co/dbaE7rOKeN