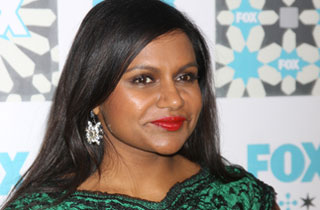 In a new website-slash-pitch for a memoir, Vijay Chokal-Ingam, the brother of comedian Mindy Kaling, reveals that he gamed the system and managed to get into medical school by claiming he was African-American.

Chokal-Ingam, who graduated from the University of Chicago with a meager 3.1 GPA, says that his ploy began after the self-described party boy saw his fellow Asian Indian-Americans, many of whom had higher grades, fail to get into medical school. “I shaved my head, trimmed my long Indian eyelashes, and applied to medical school as a black man,” he wrote on his website, AlmostBlack.com. “My change in appearance was so startling that my own fraternity brothers didn’t recognize me at first. I even joined the Organization of Black Students and started using my embarrassing middle name that I had hidden from all of my friends since I was a 9 years old.”

With this, “Jojo” managed to get into the selective Saint Louis University School of Medicine with the exact same application he used as an Indian man. As a fake black man, he allegedly secured interviews at nine highly selective medical schools, including Harvard, Columbia, and the University of Pennsylvania. As he told The New York Post:

“I disclosed that I grew up in one of the wealthiest towns in Massachusetts, that my mother was a doctor, and that my father was an architect,” he said Saturday, describing his med-school applications.

“I disclosed that I didn’t receive financial aid from the University of Chicago, and that I had a nice car,” he said. “I was the campus rich kid, let’s just put it on the table. And yet they considered me an affirmative-action applicant.”

Chokal-Ingam hinted that his plot to become black wasn’t exactly a smooth ride, however. “Cops harassed me. Store clerks accused me of shoplifting. Women were either scared of me or couldn’t keep their hands off me,” he wrote. “What started as a devious ploy to gain admission to medical school turned into twisted social experiment.”

After two years at med school, Chokal-Ingam dropped out and began attending business school at the University of California Los Angeles — as an Indian-American. He told the Post that he was going public with his past deception “because he heard that UCLA is considering strengthening its affirmative-action admissions policies.” (The debate over the University of California’s admissions system has been raging for decades.)

Chokal-Ingam hinted that his famous sister, who stars on Fox’s The Mindy Project, wasn’t too happy about his decision: “I love my sister to death…She says this will bring shame on the family.”