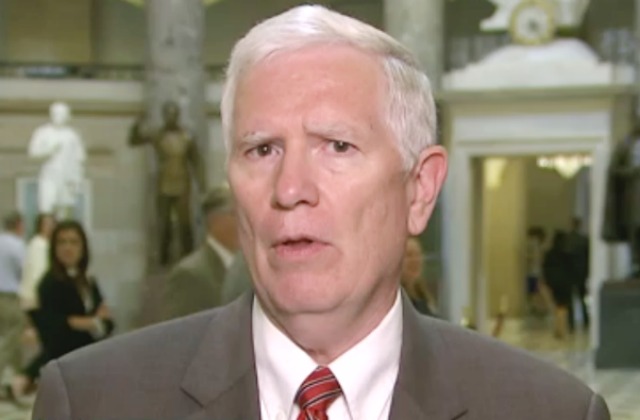 With President Donald Trump continually taking aim at his “beleaguered” attorney general, Republicans in Washington have been voicing their frustration with the president publicly humiliating one of his most loyal supporters, especially since Jeff Sessions is extremely popular in GOP circles.

Well, today, as it looks more and more likely that Sessions’ days as AG are limited, one of the most notable candidates in the special election to fill Sessions’ vacant Alabama Senate seat announced that he’d be willing to step aside if the attorney general steps down.

Below is the statement from Rep. Mo Brooks (R-AL), via CBS News’ Alan He:

Mo Brooks: "this public waterboarding of one of the greatest ppl AL has ever produced is inappropriate and insulting to the people of AL" pic.twitter.com/FgUcwCNoEk

As seen in the statement above, Brooks is saying that he’s willing to step aside from the election if all the other GOP primary opponents agree. He’s stating that this will be a “win-win” as it paves the way for Sessions to gain back his seat and Trump can then appoint another person to be attorney general.

Trump began today with more tweets belittling Sessions. It has been reported that Sessions has told the White House he will not resign, thus forcing the president’s hand to fire him. Trump made it known last week that he was angry with Sessions for recusing himself from the Russia probe, stating that he wouldn’t have appointed him if he knew that would have been a possibility.