Moses Farrow: ‘Woody Allen Did Not Molest My Sister’

Moses Farrow: ‘Woody Allen Did Not Molest My Sister’ 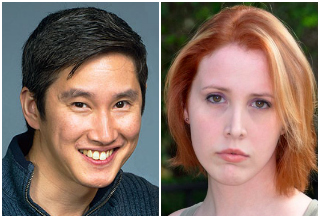 Moses Farrow, the 36-year-old adopted son of Woody Allen and Mia Farrow, is coming to his father’s defense against accusations from his sister, Dylan Farrow, that the filmmaker sexually molested her when she was seven years old. In a new interview with People magazine, Moses Farrow says, “Of course Woody did not molest my sister.”

“My mother drummed it into me to hate my father for tearing apart the family and sexually molesting my sister,” Moses told People. “And I hated him for her for years. I see now that this was a vengeful way to pay him back for falling in love with Soon-Yi,” Farrow’s adopted daughter who is now married to Allen.

“She loved him and looked forward to seeing him when he would visit,” Moses said of his sister Dylan. “She never hid from him until our mother succeeded in creating the atmosphere of fear and hate towards him. The day in question, there were six or seven of us in the house. We were all in public rooms and no one, not my father or sister, was off in any private spaces. My mother was conveniently out shopping. I don’t know if my sister really believes she was molested or is trying to please her mother. Pleasing my mother was very powerful motivation because to be on her wrong side was horrible.”

People reports that Moses is now estranged from his mother and sister and has remained close to Allen and Soon-Yi. “This is such a betrayal to me and my whole family,” Dylan Farrow told the magazine in response to her brother’s comments. “My memories are the truth and they are mine and I will live with that for the rest of my life.”

“My mother never coached me,” she continued. “She never planted false memories in my brain. My memories are mine. I remember them. She was distraught when I told her. When I came forward with my story she was hoping against hope that I had made it up. In one of the most heartbreaking conversations I have ever had, she sat me down and asked me if I was telling the truth. She said that Dad said he didn’t do anything. and I said, ‘He’s lying.'”

The public debate over Allen’s past was reignited last week when Dylan Farrow penned an open letter in The New York Times, detailing for the first time was she described as “sexual assault.” Allen denied the allegations through his attorney, calling the Times article “untrue and disgraceful.”

Read the full story at People.com.