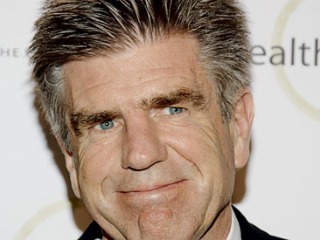 MTV co-founder Tom Freston has an unusually optimistic view of Afghanistan. “People assume that when the U.S. leaves, the Taliban will just resume control, but Afghanistan has become a different place,” he told New York Times‘ David Carr. Freston, who spent 17 years at the helm of MTV Networks, eight or so months as president at Viacom, and then a good chunk of time traveling the world while living off his severance, has begun work on a new and unlikely project: Afghan television. “Independent media has become an instrument of social change,” Freston said. “All Americans ever see of Afghanistan is the brown mountains in the war footage and things getting blown up, but when you spend time at Tolo TV, you get a feeling of what this place could be.”

Carr reports that Freston has signed on as a board member and adviser to the Moby Group, “which owns a burgeoning string of television and radio networks in a country where simply owning a television was illegal not so long ago.” Afghanistan might seem like an unlikely provence for the man who once championed Beavis and Butthead and Sixteen and Pregnant, but Freston has spent significant amounts of time traveling the world in search of “a compass”, and spent time in the 70’s running a clothing company called Hindu Kush out of Kabul, Carr notes. He knows better this time what he’s getting himself into.

Mostly, though, he and Moby head Saad Mohseni sound sure of their mission. “We are a very young country,” Mohseni told Carr. “Sixty percent of the people here are under 20 years old, and if anyone knows how to reach young people, it’s Tom.” According to Mohseni, almost 50 percent of Afghan homes have television sets — up from almost none ten years ago — and advertising dollars are beginning to flow, a large portion coming from the U.S. government interestingly. So far, Moby’s The Office knock-off called The Ministry and the 24 recalling The Eagle have been hugely popular in a country where disenfranchisement is rampant. “The people in Afghanistan can’t depend on their government, so they are inspired by the show,” said Freston.

Could this be Afghanistan’s way out? As the U.S. begins to draw-down soldiers, should they be investing in more media? According to Mohseni, Freston’s involvement in Moby offers great hope to a country that has long been short on that:

“Afghanistan was stuck in the 12th century, not because of any decisions we made, but because we had these proxy wars imposed on us,” said Mr. Mohseni. “There are people here who oppose what we are doing, but then, there were a lot of people who said the same thing about MTV when Tom was building it.”