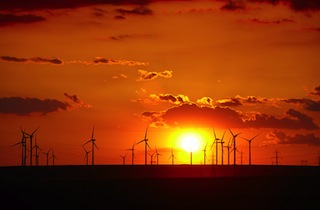 Every a.m., Mediaite publishes a primer of what the interweb machine is writing, talking, tweeting, and blogging about, so that you may fool friends and family into thinking you are a trove of information and insight. Today: a new report on climate change underlines a sense of urgency to the administration’s renewed focus; why John Boehner changed his mind on the Benghazi select committee; how the White House helped him do it; and more.

The National Climate Assessment is out, and it ain’t good:

Such sweeping changes have been caused by an average warming of less than 2 degrees Fahrenheit over most land areas of the country in the past century, the scientists found. If greenhouse gases like carbon dioxide and methane continue to escalate at a rapid pace, they said, the warming could conceivably exceed 10 degrees by the end of this century.

The study was overseen by the federal government, and was released Tuesday along with the Obama administration’s John Podesta-led renewed focus on climate change, so if you see conspiracy in coordination, there you go.

If you need to bone up on your climate change arguments, the Guardian has you covered, with helpful links.

Greg Sargent asks a rather pertinent question with regard to the newly-announced Benghazi select committee: if it’s so necessary after several other congressional investigations, what exactly were those previous investigations doing? Answer: largely fighting amongst themselves:

This dovetails to some degree with what Dem Rep. Elijah Cummings suggested yesterday: that the new select committee is more an effort to gain control over “internal party bickering” marring efforts to probe Benghazi than anything else.

That having been said, the Obama administration didn’t help its own cause: “The White House unwittingly gave the matter new life by disobeying the first rule of crisis management,” Milbank writes. “Get all information out there, quickly.”

Brian Beutler has a great analysis on why the White House Press Corps is continues to feast on Benghazi, often to their own professional detriment, while more local news agencies are asking about Ukraine and the economy:

There’s a Drudge-like effect that drives reporters to tackle stories that they know will become widely consumed news products. Drudge himself is much less relevant than he used to be, but his influence is still detectable every time the press corps gloms onto a story that’s already lighting up marquee ideological outlets. In the old days, conservatives depended on Drudge to push stories from the ideological margin into the mainstream. But as media has polarized—and as electioneering has evolved from convincing the undecided to simply rallying the faithful—a meme that mainly plays out on conservative outlets is good enough for the GOP.

Speaking of Benghazi, the GOP is starting to get the impeachment vapors again:

“Ever since the aftermath of the Benghazi attacks, Republicans and conservatives have compared the Obama administration’s on-the-ground failure and intra-office spin job to Watergate. Politicos compare contemporary scandals to Watergate for one of two reasons: Laziness, or to gently raise the specter of impeachment.”