New Book on Founding Father Sex: Washington Accused of Being Gay and Using ‘Wooden Spikes’ for…

New Book on Founding Father Sex: Washington Accused of Being Gay and Using ‘Wooden Spikes’ for… 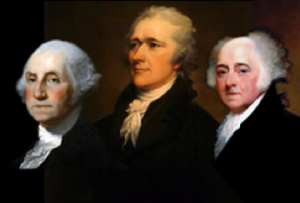 The Daily Beast’s Eric Herschthal has a good summation of the highlights (I use that term loosely) in the book, which mainly looks at how each generation fixates on the sexual identities of the Founding Fathers and what that says about our social values.

There’s also some exploration of gay rumors about Alexander Hamilton and whether or not he could be called the nation’s “gay Founding Father” because of his supposedly intimate relationship with another man, not to mention how in more recent decades, John Adams‘ relationship with his wife has been viewed in a more “power couple” sort of manner.

Meanwhile, Franklin’s “solid marriage” has largely been forgotten about in descriptions as a “foxy grandpa” having “sexual appetites of gargantuan proportions.” All in all, we tend to romanticize our Founders, just relatively differently on the “sex” part.

Why this topic? Well, Foster quotes Christopher Hitchens to explain why: “It’s a book about our Founding Fathers as if they had penises.”