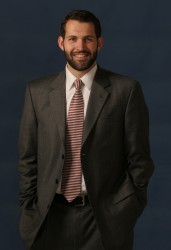 In light of how smooth (and, let’s be honest, boring) Elena Kagen’s confirmation hearings were, it’s really too bad that this new study by University of California, Berkeley, School of Law didn’t come out sooner. In the new study, Berkeley Ph.D student Douglas Spencer (pictured) and research partner James Phillips conclude that law schools “hire more openly liberal professors than they do openly conservative ones.”

While previous studies have analyzed the gender and ethnic makeup of law school professor, this study breaks new ground in analyzing the political leanings of recently hired professors. The study looks at factors such as work experience, publications, and even Facebook profiles for a sample of 149 professors hired in the past five years. Even though the researchers were unable to clearly identify the political leanings of 60% of the professors, “the number of hires who were easily identified as libereal far outpaced those who were very clearly conservative.”

The study acknowledges that this ratio could simply mean conservative professors are more discreet about their ideology, and that, without information about rejected candidates, it’s difficult to judge what kind of role political leanings play in landing a job as a professor.

In an age when Supreme Court nominees routinely runs the gauntlet of accusations of judicial activism, it’s hard not to extrapolate from one study like this. But it is still interesting to find law professors of one particular political leaning being more open than professors on the opposite side of the political spectrum, and it does make you wonder if that indicates any rising trend in the legal community.