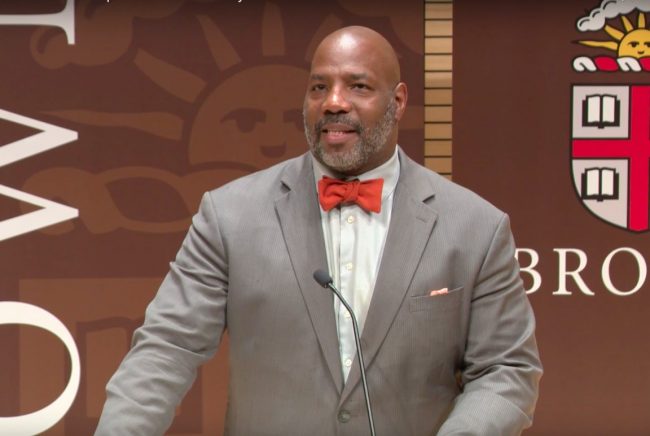 Points, at least, for brevity.

Trump is a white supremacist.

The tweet came as part of the ongoing controversy surrounding ESPN anchor Jemele Hill who made waves herself for leveling the same charge at Trump.

Hill ultimately backtracked, saying her comments only reflected her “personal beliefs” and that it was not her intention to drag ESPN into the controversy. That still didn’t stop White House Press Secretary Sarah Huckabee Sanders from taking the unprecedented step of calling for Hill to be fired  during her last press briefing.

In earlier tweets, Cobb made his defense of Hill more explicit, singling out Trump’s past statements for ridicule.

Did @jemelehill start a presidential campaign by calling Mexicans rapists? Or start birtherism? Someone should lose their job. It’s not her.

The ‘Trump is a White Supremacist” line has now become something of a meme among ‘Blue Check Twitter” — but Cobb seems to be the most significant figure who has taken up the cause.