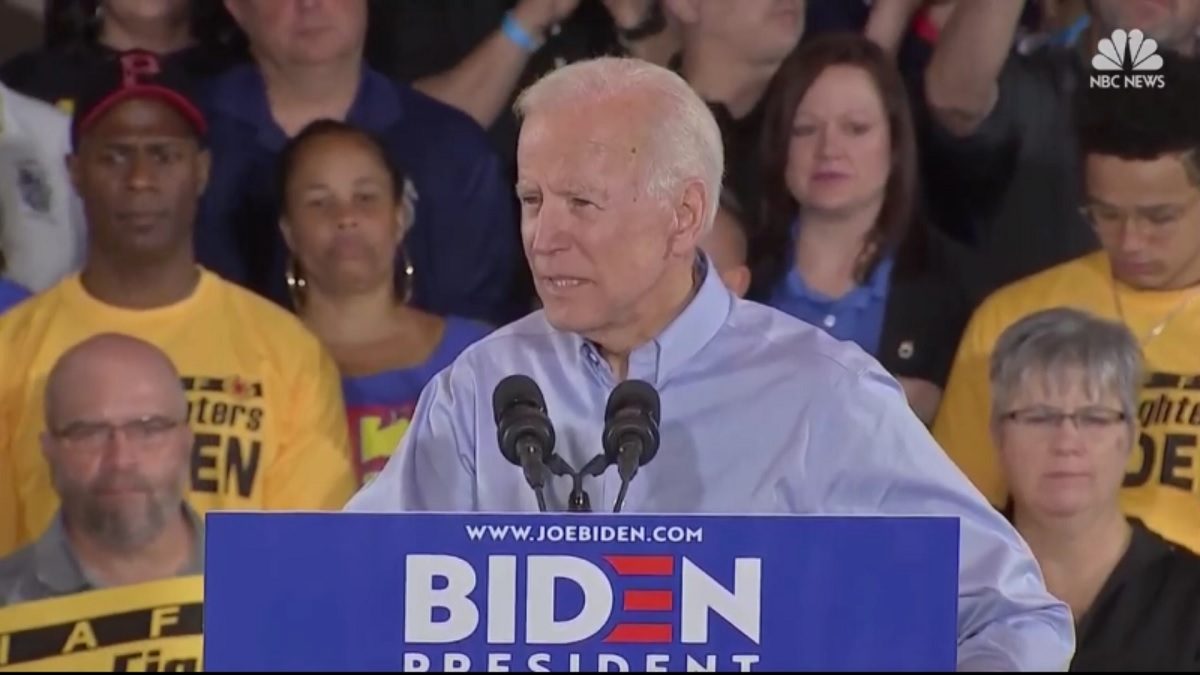 North Korea is blasting Joe Biden this week in response to the former vice president’s slam on Kim Jong Un at a recent speaking engagement.

During a campaign speech in Philadelphia over the weekend, Biden criticized President Donald Trump for his cozy relationships with autocratic leaders around the world.

“Are we a nation that embraces dictators and tyrants like [Vladimir] Putin and Kim Jong Un?” Biden asked the crowd at his event.

On Wednesday, state media outlet Korean Central News Agency responded by calling Biden a “fool of low IQ” and saying he committed an “intolerable and serious politically motivated provocation” with his “slandering” of Kim. The statement goes on to say Biden’s comments were “sophism of an imbecile bereft of elementary quality as a human being,” and that the ex-veep is “reckless and senseless, seized by ambition for power.”

“There is nonstop comment over his bid for candidacy that he is not worth pinning hope on, backed by the jeer that he is a fool of low IQ,” KCNA said. “Yet, he is self-praising himself as being the most popular presidential candidate. This is enough to make a cat laugh.”

“As Vice President Biden said in Philadelphia, Donald Trump ’embraces dictators and tyrants like Putin and Kim Jung Un’ while alienating our closest allies. That is antithetical to who we are and it has to change. Trump has also been repeatedly tricked into making major concessions to the murderous regime in Pyongyang while getting nothing in return. Given Vice President Biden’s record of standing up for American values and interests, it’s no surprise that North Korea would prefer that Donald Trump remain in the White House.”