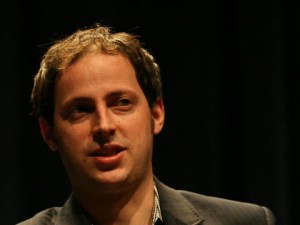 On Thursday, Nate Silver, of the New York Times‘ FiveThirtyEight blog, made headlines when he offered a wager to MSNBC host Joe Scarborough. After receiving some criticism about his polling/statistics methods, Silver offered to bet $1,000 on President Barack Obama winning re-election. Later, he doubled that offer. The paper’s public editor, Margaret Sullivan, addressed the matter.

Sullivan noted that Silver is “accurate” in his argument against Scarborough, that “the closeness of the popular vote does not affect the probability that Mr. Obama will win. They are, simply, two very different things.”

But that doesn’t justify the response the “frustrated and irritated” Silver gave. It began with the $1,000 wager. When Scarborough responded that they could both agree to immediately donate that amount the Red Cross for storm relief, Silver upped the offer to $2,000. Silver told Sullivan he was “half playful and half serious.”

“He’s been on a rant, calling me an idiot and a partisan, so I’m asking him to put some integrity behind it,” he told her. “I don’t stand to gain anything from it; it’s for charity.”

Sullivan sympathized but said the wager is a “bad idea.” It gives “ammunition to the critics who want to paint Mr. Silver as a partisan who is trying to sway the outcome.”

It’s also inappropriate for a Times journalist, which is how Mr. Silver is seen by the public even though he’s not a regular staff member.
[…]
Granted, Mr. Silver isn’t covering the presidential race as a political reporter would.

But he is closely associated with The Times and its journalism — in fact, he’s probably (and please know that I use the p-word loosely) its most high-profile writer at this particular moment.

Silver’s association with the Times gave him visibility and credibility, Sullivan wrote. But there’s another side to that coin: losing “the right to act like a free agent with responsibilities to nobody’s standards but his own.”

Read the full response over at the New York Times.