Obama’s Lies Threaten the Liberal Project, and His Media Support 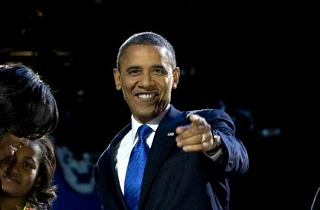 The President of the United States has been caught in an egregious lie. Or, as the New York Times editorial board likes to think of it, the president “misspoke”… repeatedly. More than 20 times, in fact. Over the course of three election cycles… But why nitpick?

As the first week of November dawned, the well of excuses for the president’s self-evident mendacity began to run dry. The president’s party’s early attempt to explain why a public that was promised they could keep their health insurance plans cannot, in fact, keep their plans has been evolving rapidly over the course of just the past two weeks.

The initial spin was that those who were bumped off their plans were simply confused about what had happened to them. The new plans available to those unfortunate souls are almost identical, the spinners said, to their previous plans. All the newly uninsured public needed to do to access these magnificent new benefits was to apply for them on a broken website, or call an operator who would fail to complete the application process for them.

Unsurprisingly, this line of argument was unsustainable.

The evolution of the pro-Affordable Care Act argument continued last week as the president and his political allies began blaming insurance companies for daring to comply with the law’s coverage requirements. After all, “they’re a fantastic enemy,” according to long-time Democratic pollster Celinda Lake.

But even that argument was untenable. After all, insurance companies are willing participants in (and beneficiaries of) the ACA and continue to be crucial to its implementation. They can only be demonized so much for the political benefit of the White House before they terminate their complicity in this charade.

So the spin is evolving again. According to Florida Democratic Rep. Debbie Wasserman Schultz, her party’s national committee chair, what Barack Obama said repeatedly — that nearly every media outlet has already acknowledged in some degree was an untruth – was entirely accurate.

“No,” Wasserman Schultz flatly declared to MSNBC’s Chris Jansing on Tuesday. “There was nothing about what President Obama or that I or any other Democrat supporting the Affordable Care Act said that was not true.”

This facile and insulting argument is likely to have the shortest half-life of them all.

The president should be concerned by the trajectory of the spin of the issue. The flailing effort by partisan Democrats to find an argument which enjoys some traction in the press will eventually evolve into blaming the president himself. It must. The alternative is to blame the eternal liberal project: an assurance of financial security to the nation’s least fortunate and the elimination of incentives for the wealthy to game the system at the expense of the deprived.

The acknowledgement that this program could only survive if it was funded by healthy people paying more for coverage that they do not need in order to subsidize care for those that do is politically toxic. If it were not, the president would have made that argument in 2009-2010. Now that this program is law, however, Democrats must be truthful about its impact on the public lest they sap every ounce of the already waning goodwill towards this sprawling reform.

The liberal project has and will always be more important than any one man. Once Obama becomes a liability and his credibility has been exhausted, he will be cast aside by his present allies. The integrity of the movement he represents demands it.

The Democratic Party and their allies in the political press cannot afford to entirely jettison the president prior to the midterm elections next year. Obama is unlikely to fall out of favor with the media before this crucial, final test of Obama’s party’s strength. But Democrats will soon have to come to terms with the increasingly negative image Obamacare’s namesake has fashioned for himself as the result of health care reform’s deceitful pitch strategy.

One day, and that day is fast approaching, Democrats will have to choose between the political viability of the president or his signature legislation; the most expansive liberal accomplishment in a generation. They will choose the latter.