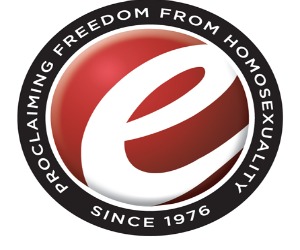 Apple has to contend with its fair share of backlash and questions regarding the various regulations it has set for third party apps available for download via its iTunes store. And now, its most recent round of criticism over an app presents more than a few questions about fairness, freedom of speech and ethics: An online petition signed by some 100,000 people is attempting to convince Apple to pull an app designed by Exodus International. If that name sounds familiar to you (as it did to us), it might be because the group was recently profiled by Lisa Ling in Our America: Pray the Gay Away?. (Are we the only ones watching OWN on a dreary Saturday?) The group, founded in 1976, originally claimed to help “cure” participants of their homosexuality through the power of Christ. Over the years, the group has decided to alter its mission statement and no longer claims that a “cure” is guaranteed.

Exodus International’s application, which the organization described in a blog entry, is designed to provide “access to current news, information, and resources from Exodus International.” The group noted that its app had received a “4+ Rating” from Apple, meaning that the company determined that it contained no objectionable material.

The app was nonetheless met with disapproval, inspiring a Change.org petition calling for its removal:

No objectionable content? We beg to differ. Exodus’ message is hateful and bigoted. They claim to offer “freedom from homosexuality through the power of Jesus Christ” and use scare tactics, misinformation, stereotypes and distortions of LGBT life to recruit clients. They endorse the use of so-called “reparative therapy” to “change” the sexual orientation of their clients, despite the fact that this form of “therapy” has been rejected by every major professional medical organization including the American Psychological Association, the American Medical Association, and the American Counseling Association. But reparative therapy isn’t just bad medicine — it’s also very damaging to the self-esteem and mental health of its victims.

The petition accuses Apple of enforcing a double-standard for allowing Exodus International’s app, yet not allowing “racist or anti-Semitic” apps to be sold via the iTunes store.

Apple does have several specific rules for those submitting apps for sale. For example, the company will reject apps that encourage excessive drinking or drug use, or that encourages minors to consume alcohol. Furthermore, “‘enemies’ within the context of a game cannot simply target a specific race, culture, a real government or corporation, or any other real entity.”

While Exodus International – and, thus, its app – performs under the belief that homosexuality is wrong, the language of the app does not necessarily target LGBT individuals, not does it use hate speech.

Would attempting to ban or remove such an app, then, also be an attempt to stifle free speech?

A commenter on Mashable’s post about the petition raises an interesting point about the very nature of bans:

I don’t get these requests to ban products or services. Boycotts I can understand but bans? Its like requesting the SCOTUS to limit the speech of those we disagree with e.g. Westboro Baptist Church. Do you like it when conservatives ban television shows because they are too “obscene”?

If you don’t like it or agree with it don’t buy it.

The question, then, is this: Should Apple, and other companies, give in to pressure to remove a contentious product? At what point does an outcry from the public mandate some sort of change, if ever? Would this petition hold more water if, say, 1,000,000 signed it rather than 100,000?