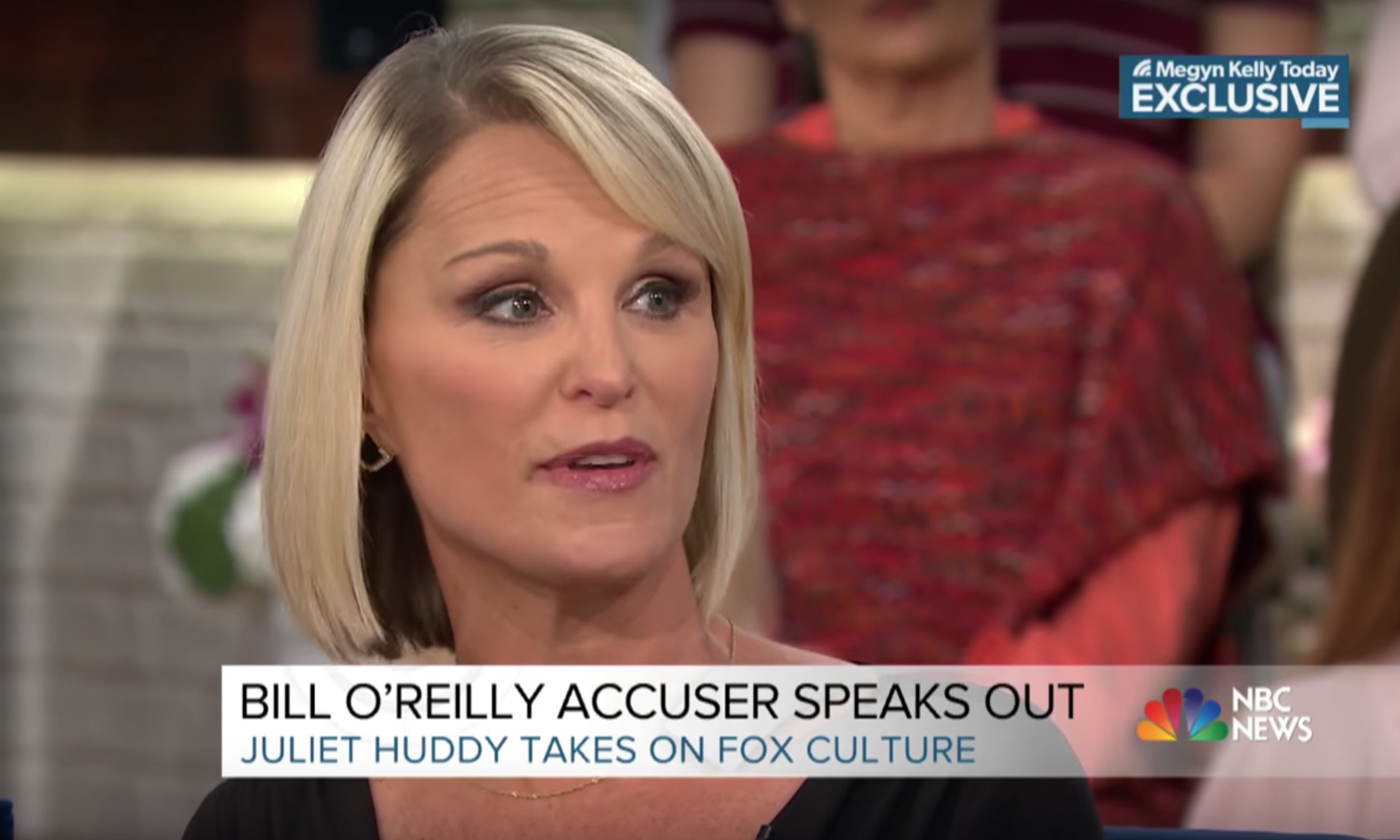 Former Fox News host of 18-years Juliet Huddy is furious with her former network in light of the revelation that Bill O’Reilly is still an executive producer for one of their shows.

The Daily Beast noticed on Sunday that O’Reilly’s name appears in the credits of Fox News’s historical documentary series, Legends & Lies. O’Reilly used to narrate the show in its previous seasons, but even though he’s no longer part of the network, he’s still credited as the program’s executive producer.

O’Reilly was fired by Fox News after it was reported that the network paid out millions to settle sexual harassment claims by multiple women at the network. Huddy is one of the women who accused O’Reilly of misconduct — she reportedly received $1.6 million — and she’s not happy that Fox News still hasn’t completely detached itself from him.

This is what happens when you don’t clean house. Those who enabled/protected sexual harassers fall back into the same routine once the dust settles. What a disgusting company. Bill O’Reilly Returns to Fox News. You Just Need to Look Closely. https://t.co/3Xx8F3yPoz

Huddy also claimed that while NBC washed its hands of Matt Lauer, the longtime host who was fired following a wave of sexual misconduct allegations were made against him, Fox News “JUST CAN’T SEEM TO LET THEIR RESIDENT BAD BOY GO”:

Fox News responded to the O’Reilly show credit by noting the network has not resumed a working relationship with the former star anchor, and that the series was already in production before his ousting.

Huddy recently appeared on Megyn Kelly Today to speak out about her claims against O’Reilly and the network.