Orly Taitz And Joseph Farah Weigh In On Trump: He Has Won ‘Hearts And Minds’ Of Birthers

Orly Taitz And Joseph Farah Weigh In On Trump: He Has Won ‘Hearts And Minds’ Of Birthers 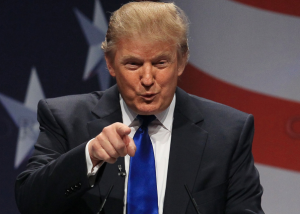 So, we’re now fully aware of what those who aren’t birthers think of Donald Trump‘s continued suspicion regarding President Barack Obama‘s place if birth — basically, that his comments amount to something that sounds like a product of the worst possible Iron Chef challenge ever — but what do folks inclined to agree with Trump think?

Salon went ahead and asked a couple:

RELATED:Donald Trump Doubles Down On Birther Nonsense, Gets Flogged By Wolf Blitzer

Joseph Farah, the publisher of the conservative news outfit WorldNetDaily, which devotes the vast majority of its time to advancing new grist for the birth certificate mill, agrees. Farah sees the campaign’s use of Trump as a subtle way to appease what he sees as a surprisingly large voting bloc who still have doubts about Obama’s birth, all without making the candidate actually say it himself.

“Trump, whether he’s out there publicly talking about eligibility or not during the campaign, because of what he’s previously said and done on the subject, has already won the hearts and minds of people out there who are suspicious about this, so they associate Trump with suspicions about Obama’s story,” Farah told Salon.

Farah does concede, however, that Trump’s rather… Trumpian, Trump-focused approach to the issue might prove an obstacle. “Does Donald Trump know all that stuff?” he asks, referring to the more detailed points of the birther movement. “I don’t know.”

He claims that as many as 50 percent of American have doubts surrounding the President’s place of birth. Salon points out that a recent poll places that number at 25 percent, although a poll from February of last year had the number at 51 percent among a group of 400 GOP voters.