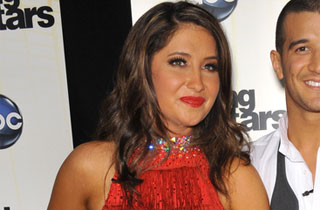 The Anchorage Police has finally released the report filed on the night of the infamous Thrilla in Wasilla, where members of the Palin family allegedly engaged in a twenty-person drunken snowmobile brawl.

The report corroborates the stories told by eyewitnesses — that the Palins appeared at a birthday party in Wasilla, that they all seemed moderately-to-heavily intoxicated, and that some of the family members ended up punching people — but added a new detail: there were apparently two separate fights, one in which daughter Bristol Palin repeatedly punched the party’s host in the face.

The first incident also involved Bristol: according to the report, Track, his father Todd, and his friend Steven Lebida had decided to leave the party after “some guys were talking rudely to his sisters, making them cry,” when someone sucker-punched Lebida in the back of the head. As Todd helped Lebida up, four men allegedly descended upon Todd, causing Track to throw himself in the brawl to defend his dad. (Other witnesses said that Track was the one who attempted to start a fight.)

People alerted the host, Corey Klingenmeyer, that there was a fight going on outside his garage, and he attempted to break up the fight, when an incredibly drunk Bristol Palin approached him, furious that an unnamed woman had hit her little sister Willow. According to one witness, Bristol asked him “Who the fuck are you?” and when Klingenmeyer told her that he was the homeowner and didn’t want any trouble at his son’s birthday party, the following exchange happened:

She then told him he doesn’t own this place and that she will kick his ass. He says then that she hits him in the face.

After she punched him six times in the face, “a bu[n]ch of wives tackled her ass,” according to one of the witnesses. Todd and Sarah were then asked to leave, and they did not — and then another fight broke out.

The Palins apparently lost that fight, whereupon they piled into their white stretch limousine (a Hummer in some accounts) and drove off, drunk, into the night.

Authorities will not file any charges according to the Alaska Dispatch News, but that’s okay, because this story will live on forever.

Read the entire report below in PDF form, via Talking Points Memo: