Paul Ryan on Difference Between Roy Moore and Trump Allegations: ‘I Don’t Know’

Paul Ryan on Difference Between Roy Moore and Trump Allegations: ‘I Don’t Know’ 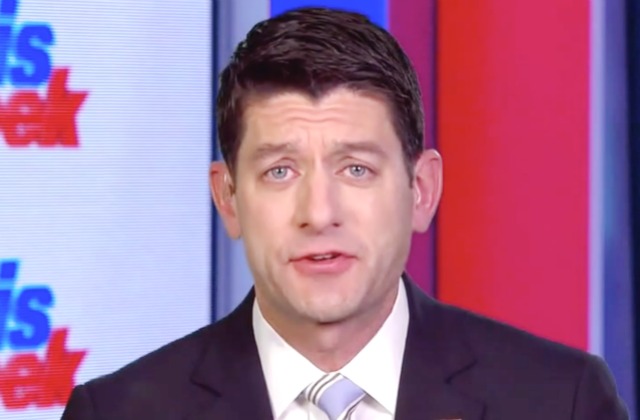 Paul Ryan has said that Roy Moore‘s sexual abuse accusers are “credible,” but he couldn’t explain why the Alabama senate candidate’s scandal is a different situation from the allegations against President Donald Trump.

The House Speaker gave an interview to NPR this week, where he talked about the recent tax reform push and how Congress is reacting to all the news about sexual harassment around the country. At one point, Ryan said that he believes the underage sexual allegations against Moore are “credible,” and Moore should withdraw from the Alabama senate race.

When asked to explain the difference between the accusations against Moore and Trump, Ryan dodged and said he was “focused on Congress.”

I think the Roy Moore — I don’t know if — I’m focused on Congress. Roy Moore is trying to come to Congress. My job here as Speaker of the House is to help make sure that Congress is an institution that we’re proud of and that’s what I’m focused on. He’s running for Congress and I think the allegations against him were very very credible.

Trump seems to support Moore, seeing as the president has slammed Moore’s opponent, Doug Jones, on multiple occasions. Over a dozen women have accused the president of sexual misconduct — though the White House’s position is that all of these allegations are lies.