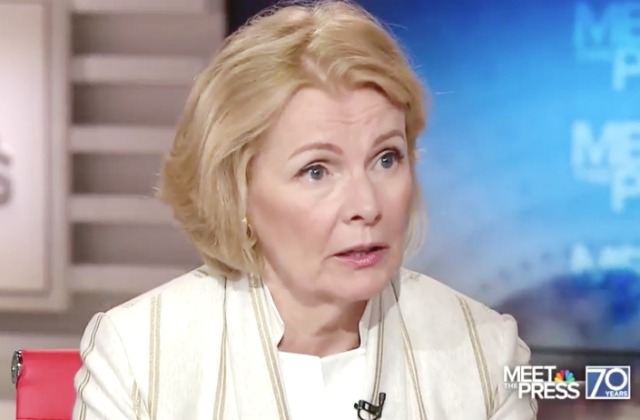 A shonda. They were figures in the greatest, most killing moral struggle in US history. They didnt tweet, they took to the field and died.1/ https://t.co/wDjqmWTTE0

Then one side won, they reconciled, the American experiment continued and we learned through this history. Keep em. Let it be. They are us.

“A shonda,” she said (a Yiddish term for “shame”). “They were figures in the greatest, most killing moral struggle in US history. They didn’t tweet, they took to the field and died.”

She followed up with another tweet saying, “Then one side won, they reconciled, the American experiment continued and we learned through this history. Keep em. Let it be. They are us.”

Non-rhetorical question for you: wasn’t it a great moral struggle because the Lee and Jackson side was so immoral?

I’d say keep that yiddishism out of your mouth but honestly everything else in this terrible fucking tweet is much worse. Otherwise agree.

Using a Yiddish term for people who would have gladly sided with Hitler’s killing of the Jewish people of Europe is beyond the pale.

THEY WERE TREASONOUS, PRO-SLAVERY GHOULS, WHO HAVE NO BUSINESS BEING ACKNOWLEDGED ANYWHERE OTHER THAN HISTORY BOOKS AND MUSEUMS. pic.twitter.com/q2Jg2ELv3A

For those of you joining American History already in progress, this is how the historical amnesia that brought us Jim Crow came about.

They gave her a Pulitzer Prize.

I can’t believe you get paid for your opinions.

Peggy Noonan is now arguing we shouldn’t take down Confederate memorials because they valiantly freed the slaves by losing the Civil War pic.twitter.com/8okvTeiN3F

The very Catholic Peggy Noonan using Yiddish – incorrectly – to bemoan the removal of images of Confederate leaders from a church.

“Let me cap off this pro-Confederate tweet with a splash of Yiddish” — no one ever except for Peggy Noonan.

Noonan responded to one Twitter user defending her position.

That’s what the fight, which existed from our national beginning, was about.They resolved it: all men are and must be free.They RESOLVED it https://t.co/msCk98vrkS