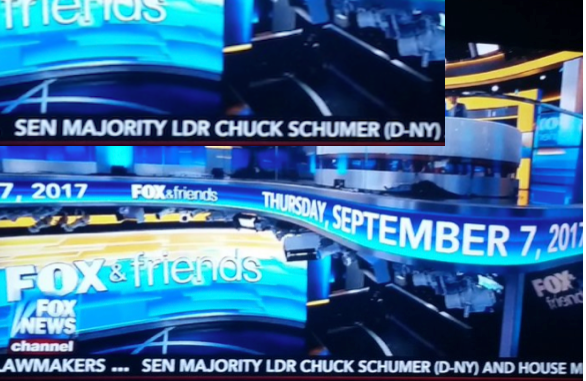 The folks at Fox News really needs to get ahold of their ticker situation.

During Thursday’s show a ticker zipped across the bottom of the screen which accidentally identified New York Sen. Chuck Schumer as “Senate Majority Leader.”

A freudian 2018 slip — or maybe a trollish employee? Unclear.

In any case, as of this writing Schumer is certainly not the Senate Majority leader — that honor belongs to Mitch McConnell. Chuck (as he is known by some) currently leads Senate Democrats, the minority party.

It’s not the first time there’s been ticker shenanigans on set at Fox & Friends.

I think we all remember Jared Kosher.