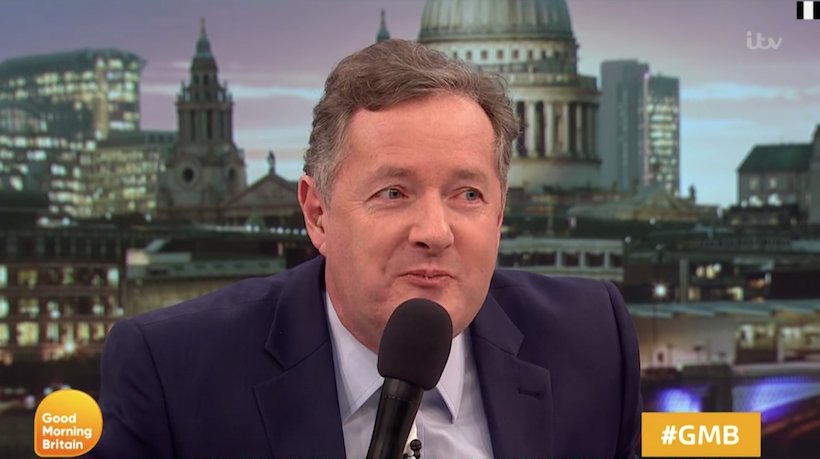 Canadian Prime Minister Justin Trudeau managed to provoke the ire of many on the right when he was caught on video correcting a woman after she used the word “mankind” — urging her, instead, to use the word “peoplekind.”

Now, the ultimate crusader against the dreaded PC police, Piers Morgan, has chimed in, penning an absolutely brutal op-ed for the Daily Mail addressed to the Canadian politician.

The not-dramatic-at-all article is titled “How dare you kill off mankind, Mr. Trudeau, you spineless virtue-signaling excuse for a feminist.”

That’s just the title. In the body of the piece, Morgan really lays it on thick.

Morgan went on to refer to Trudeau as “the handsome young politician publicly drooled over by many of the same women who claim to find male objectification of female flesh so demeaning” and also accused him of being “photographed topless far too often for it to be accident.”

Morgan exclaimed he watched the Trudeau video a “few times” and that he was certain the “PC-crazed feminist” was simply “milking his audience like a greedy dairy farmer.”

“He is the single most PC-friendly, touchy-feely Prime Minister in the history of world politics,” Morgan wrote. “He marched at Canada’s version of Gay Pride, he’s pro-choice on abortion, pro legalizing marijuana and pro just about anything else that he thinks might win him the hearts of global liberals.”