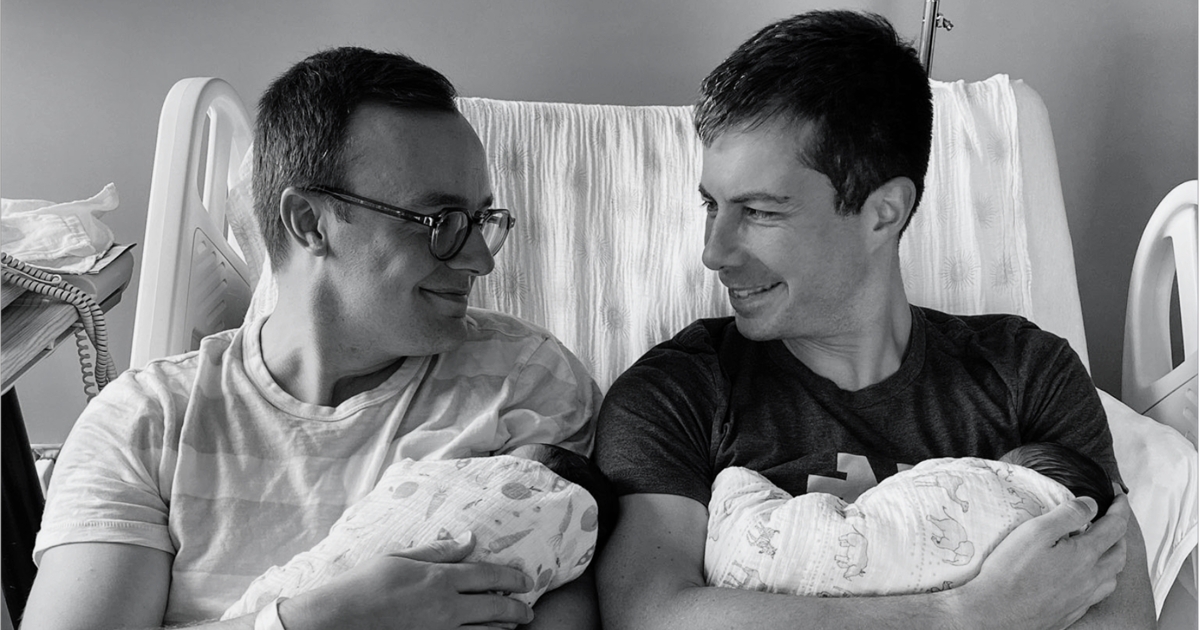 Politico drew fire from the Biden administration and got raked over the coals on Twitter for an article that characterized Secretary of Transportation Pete Buttigieg as having been “MIA” — during his absence due to family leave.

Politico’s West Wing Playbook newsletter published the “scoop” that the cabinet member formerly known as Mayor Pete has been spending a few months getting to know the newborn twins that he and husband Chasten Buttigieg welcomed into their family.

But they did so using terms that many found objectionable, headlining the piece with the tired trope “Can Pete Buttigieg have it all?” and opening the piece by claiming that Buttigieg “has been MIA.”

One of the White House’s go-to communicators didn’t appear on TV. He was absent on Capitol Hill during the negotiations over the bill he had been previously helping sell to different members of Congress.

The article goes on to explain that the absence was due to the family leave, and included praise from some advocates.

Members of the Biden administration and other allies slammed the article as insulting to working parents, and worse.

Also proud to work in an Administration that is fighting to make paid leave a reality for everyone, and with people like @SecretaryPete who are role models on the importance of paid leave for new parents https://t.co/Zby6W6XoNo

To call parenting your newborns being “MIA” is to render invisible every single working parent in this country. Outdated, embarrassing and unacceptable. It’s long past time we see and support working parents instead. https://t.co/VRJjR7BDU0

++ ?? Calling paternity leave being “MIA” from work is the kind of criticism that makes many doubt whether they can/should take that time. I’m glad @SecretaryPete took time to be with his newborns. To even remotely paint that in bad light is a disservice to parents and kids. https://t.co/yKUxOM8Zq6

When the press accuses a new father of being “MIA” for going on parental leave to bond with a child, it sends exactly the wrong message to working families. https://t.co/CXjiR3eHA7

++ ?? Calling paternity leave being “MIA” from work is the kind of criticism that makes many doubt whether they can/should take that time. I’m glad @SecretaryPete took time to be with his newborns. To even remotely paint that in bad light is a disservice to parents and kids. https://t.co/yKUxOM8Zq6

Politico’s journalist standards have been MIA.

I really don’t see how an honest answer could be more likely.

Paternity leave was one of the most fulfilling times in my life, but I was wracked with guilt that I was letting my colleagues down by saddling them with more work.

But it wasn’t just administration allies. Journalists, political and media figures, and others joined in,

When the press accuses a new father of being “MIA” for going on parental leave to bond with a child, it sends exactly the wrong message to working families. https://t.co/CXjiR3eHA7

Can we be surprised considering the source? Shameful

Tucker Carlson being both homophobic and sexist about parental leave is gross — and totally expected.

But a Politico reporter sneering at it and calling it “MIA” shows just how broken supposedly legitimate media is.

Can Pete Buttigieg have it all? https://t.co/VHCE8fxWLj via @politico

Calling Pete Buttigieg “MIA” is wrong and deeply embarrassing for Politico. Parental leave is critical and mocking it is just ignorant. Politico should apologize.
But we know they won’t just becasue.Can Pete Buttigieg have it all? https://t.co/0YbrkXIrtC via @politico

Presenting a father taking care of 2 newborns as “MIA” is framing that perpetuates gender inequities in the workplace & prevents proper bonding between babies & parents of all genders. Yes, the article moves on, but we all know many people only read top. https://t.co/0Bs0qasd9U https://t.co/9smWRHJrVn

Politico’s take did seem to attract some support — from the likes of Breitbart and Newsmax.

Jen Psaki singles out Buttigieg as a “role model” for taking two months of paid leave after he and Chasten got baby twins https://t.co/lzapS9ifFP

The supply chain crisis must wait until @SecretaryPete gets done with maternity leave!

Politico’s Sam Stein took the super-duper-deadpan-satirical route by claiming that the term “MIA” is a totally neutral, even complimentary way to describe someone’s absence, and showed intense commitment to the bit by arguing it with the entire internet:

Yes. I absolutely was MIA. Stuck in a NICU tending to my kid. Then at home in the most important and fufilling time of his and my life. And my employer was fine with me being MIA. They encouraged it. That’s the entire point.

We don’t need to obsess over hidden meanings and connotations.

well gee Gabe. thanks for explaining my life to me.

no. i won’t take “the loss.” appreciate the offer though

i honestly, sincerely, believe that no matter what words we used here people would take umbrage.

No one thinks being “missing in action” is a good thing.

Taking parental leave is. We shouldn’t make it harder.

Is that what we should have been striving for with this piece?

But to answer the question, I have said repeatedly today that being MIA from my job was critically important to my leave. One can take leave and still be drawn to work while on it. Best for me was to unplug entirely

I don’t think you know me that well then

Missing in action is a positive term? Perhaps you should ask the military if that is their view.

Literally saying sorry for it means it’s something to apologize for. Thanks for making my point.

I don’t think that makes the point at all. MIA is a term thrown around all the time. That’s the point. You guys are the ones reading into it. Not us

Stein even jousted a bit with White House Communications Director Kate Bedingfield, who slammed the piece and fired back at Stein’s defense of it.

Well, we are quite specifically talking about your use of the term “missing in action” to describe a working parent caring for his kids. A term that inherently reinforces the idea that a parent can’t do their job and also spend time with their kids. Damaging, false and outdated.

Wait. I’m confused was he supposed to be working while on leave or not?

Perhaps Stein would have been less confused had he subscribed to Politico’s West Wing Report newsletter, which published a statement from a DoT spokesperson explaining that “For the first four weeks, [Buttigieg] was mostly offline except for major agency decisions and matters that could not be delegated,” and that “He has been ramping up activities since then.”