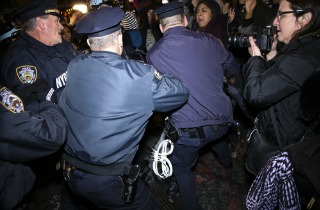 Policing in black communities has become a big national issue over the past few months, and a new NBC News/Marist poll shows that a record high percentage of white people believe that law enforcement does not generally treat African-Americans unfairly.

But perhaps the biggest disparity shows up with two questions specifically about race. First: “How much confidence do you have in police officers in your community to treat blacks and whites equally?” 52 percent of whites said a great deal, 26 percent said a fair amount, and only 19 percent said some or very little.

Secondly, the question “Do you agree or disagree that law enforcement applies different standards to whites and blacks?” 42 percent of whites strongly disagree; 80 percent of blacks strongly agree.

You can read more of the poll results here [PDF].

[h/t WaPo]
[image via a katz/Shutterstock]