President Obama Launches 2012 Campaign With ‘It Begins With Us’ Video 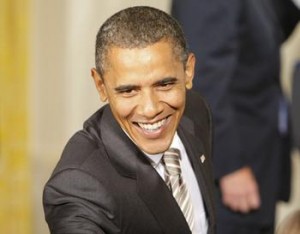 Ladies and gentleman, start your engines. Today, President Obama officially begins his re-election campaign with an e-mail to supporters and a video encouraging ordinary Americans to start preparing for the 2012 election and for the opportunity to vote for Obama one last time.

Despite some indications that Obama’s campaign team is not worried about the potential Republican opposition to the President, this video suggests nothing will be taken for granted. One supporter in the video says, “we’re not leaving it up to chance, we’re not leaving it up to ‘oh you know the incumbent type of thing’ – it’s an election that we have to win.” And in an appeal to independent voters, another supporter suggests, “I don’t agree with Obama on everything, but I respect him and I trust him.”

In an e-mail to supporters, Obama explains the need for starting campaign efforts now:

“We’re doing this now because the politics we believe in does not start with expensive TV ads or extravaganzas, but with you — with people organizing block-by-block, talking to neighbors, co-workers, and friends. And that kind of campaign takes time to build. So even though I’m focused on the job you elected me to do, and the race may not reach full speed for a year or more, the work of laying the foundation for our campaign must start today. . . . This will be my final campaign, at least as a candidate. But the cause of making a lasting difference for our families, our communities, and our country has never been about one person. And it will succeed only if we work together.”

Watch the clip below from the President’s official website: