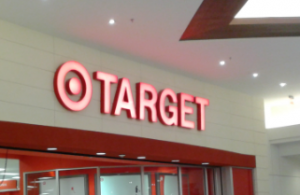 For the past few weeks, everyone has had an opinion on so-called “bathroom bills” that prevent trans individuals from using the restrooms that correspond to their gender identity. One talking point that has gained a whole lot of traction — mainly thanks to Ted Cruz — is that men dressed as women may enter restrooms and assault women and children.

Jake Tapper pushed back on this idea. Curt Schilling lost his job over his refusal to back down on in it. Still, people insist that men in drag will start hurting people, as though molesting a minor or raping a women weren’t already illegal. Trans advocates have pointed out that there are no documented cases of that happening before and that trans people are the ones endangered by all of this hype.

I think there’s no question that when you say that there are no barriers in the bathroom, and that if men or women feel like they are men or women, the opposite of however they are equipped, and you have no restrictions, the net effect will be, people will not be stopped. We’ve already had people testing this, going into Targets and men trying to go into bathrooms. There is absolutely no barrier.

Listen to hear Rios’ interview with Breitbart Daily News below.