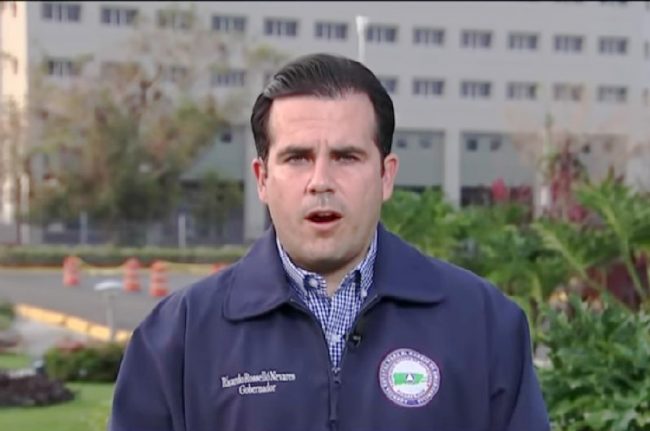 Quite a bit of attention has been paid to the contract, with speculation that Interior Secretary Ryan Zinke was involved in the decision as the company is based in his hometown of Whitefish. Montana. The Trump administration has denied the claim.

.@ricardorossello wants cancellation of the @WhitefishEnergy contract & an agreement to get more brigades and materials deployed to PR ASAP

Gov. @ricardorossello wants @AEEONLINE board to install a trustee to oversee the procurement of contracts

Hot off the press
Here’s the release from the office of @ricardorossello calling for the cancellation of the @WhitefishEnergy contract pic.twitter.com/FMgrHZ6vHR

.@Ricardorossello wants PREPA board (of which he appoints) to immediately evoke the cancellation clause in the contract w/ @whitefishenergy

The small company didn’t help matters out when it got involved in a Twitter feud with San Juan Mayor Carmen Yulin Cruz last week, something Whitefish Energy apologized for later.