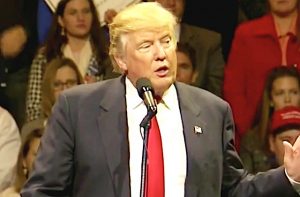 After Barack Obama won the presidency in 2008, as part of my documentary film “Media Malpractice: How Obama Got Elected,” I did a viral video of interviews with Obama voters and commissioned a controversial poll which backed up the essence of those conversations (and then I ordered another poll which supported the first one after some liberals freaked out at me). The basic results were that those who voted for Obama were remarkably ignorant of some basic campaign facts (generally more so than John McCain voters were), with my theory being that this was because of the incompetent and biased nature of the media coverage they had consumed.

I thought at the time that I had come close than anyone else ever had to proving that conservative voters tended to be more knowledgeable of general news items. Even more definitively, I had shown that there was no question that members of both political parties were FAR more likely to be ill-informed about negative information regarding their own candidate.

I remember feeling rather smug at the time because I had always suspected that liberals believed a whole lot of things which were simply not true, mostly because their preferred media sources (which included entertainment shows like those on Comedy Central and HBO) were so much more unreliable than “conservative” sources, like talk radio and Fox News, when it came to facts. Even though we had lost the election rather badly, I could at least take some solace in the “fact” that at least I wasn’t part of the side that was really oblivious about reality.

A new poll released over the weekend shows that a stunningly depressing 52% of Republicans said when asked that Donald Trump won the popular vote. Since you are reading “Mediaite,” and therefore are clearly not a complete idiot, you probably already know that it was Hillary Clinton who won the popular vote, and that it was not even that close (about three million votes).

Let’s ponder this for a moment. Over half of the members of the winning political party believe/think something very fundamental about our just completed presidential election which is completely false. This is roughly the equivalent to being convinced that today is Saturday. To say such a thing means that you are either insane or mentally challenged, and that, regardless of which it is, I don’t have any interest in your opinion on any other topic.

Now in case you think that maybe people just don’t understand the difference between the “popular vote” and the winner of the Electoral College (which would be bad enough), only 7% of Democrats failed to provide the correct answer to this very simple question. So obviously this is a very embarrassing/humiliating “Republican” problem.

So why are over half of Republicans so terrifyingly clueless? Well, the answer has primarily to do with our new Savior, Donald Trump and his willingness/ability to create a “post-truth” environment.

Trump has specifically muddied the waters on this very issue in a shockingly dishonest fashion. Our president-elect blatantly lied about “millions” of illegal votes having been cast against him and lamely claimed that he WOULD have won the popular vote if that had his been goal, understandably has had a large impact on Republican voters answering that question incorrectly.

However, there has to be something much deeper and even more troubling here to fully explain that number being so high. I believe that it is because to a significant portion of Republican voters (35-40%?), Trump has now effectively become a cult leader to whom the devotion of his followers require that all their beliefs conform to his own, even when the topic is an actual fact as opposed to an opinion.

The proof that this disturbing phenomenon goes way beyond simply issues directly related to the election, comes it is the unprecedented (unpresidented?) surge in favorability for both Russia and Vladimir Putin among Republicans from before Trump ran for president to after he won the office. Both entities have seen their net favorability ratings increase among members of Ronald Reagan’s party by well over 50 points in just two years, with absolutely no explanation other than the fact that the GOP’s new leader has said kind things about each of them.

It would be fascinating, given Trump’s penchant for changing his mind on a dime, especially when someone has said something critical of him, to see just how dramatically those suddenly decent approval numbers for Putin (absurdly, Republicans abruptly view him more favorably now than they do any major Democrat) would revert back to the pre-Trump era. Heck, if Trump turned hard on his pal Putin, Russia would probably immediately return to Reagan-era unpopularity.

So clearly we have situation here where large numbers of Republicans are now willing to believe things which are either crazy, untrue, or both, simply because those views reflect positively on their leader (come to think of it, the pro-Russia sentiment among Trump cultists actually does make a lot of sense). However, I think it is important that we no pretend that this has come about only because of some sort of brainwashing or magic spell which Trump has cast upon a significant segment of voters.

One of the more laughable narratives to come out of the news media’s self-flagellating attempt to understand why they underestimated Trump voters is the idea that somehow the majority of his core group of supporters are actually wiser and more sophisticated than they have been given credit for. This is the whole “they were smart enough to take Trump seriously, but not literally” card.

Can we please stop with this politically correct bullcrap? The reality is that a huge portion of Trump-era Republicans (about 52% based on that “popular vote” poll) are simply either morons, or are suffering from mental illness. Importantly, among Republicans without a college degree, 60% said that Trump won the popular vote. These are simply unintelligent people. There is just no other way to slice it and it is a reality so depressing that it has played a significant factor in my decision to end my national radio talk show at the end of the year.

It is bad enough that so much of American politics is now being dictated by people whom our Founding Fathers would never have wanted to have any influence at all. It is even worse that they have now been allowed to elect an unqualified conman as our president. We should at least be able to tell the truth about who most of them really are.