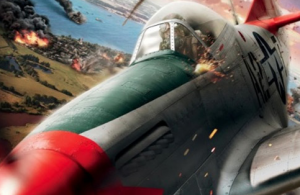 (Note: This article first appeared on NewsOne.com, and is re-printed here with their consent)

Red Tails, an all-black film, is opening today at a theater near you. If you happen to see it, do me a small favor: take a gander at the rest of the audience and see if they resemble the thespians on film. Chances are, they will. Supporting black films, and black art in general, should be a tenet of the African-American community. And frankly, it’s usually the African-American community that Black films are accustomed to relying on. What makes Red Tails unique in this regard is that it was produced, financed, and marketed by George Lucas, the billionaire creator of the Star Wars and Indiana Jones franchises, who is white.

Red Tails tells the story of a crew of African-American pilots who are called to service while in the Tuskegee Airmen training program during World War II. Lucas is to be commended for truly believing in this story — he started working on it in 1988 — to bring it to the big screen and to do so with his own money. Sure, he has plenty, but Red Tails cost $58 million to produce and another $40 million to market — that’s not chump change. And Lucas also gave us a candid bird’s-eye view into how Hollywood thinks.

While appearing on The Daily Show, he said he was shocked not only at the fact Hollywood wasn’t willing to get behind the film but also by the reason he was given: they didn’t “know” how to market a film with an all-black cast.

Red Tails is a universal story of integrity, leadership, perseverance, and values. There’s little doubt that everyone should watch it. I wish for it to be successful and spawn more faith in the creation, promotion, and patronage of black film, but chances are it won’t achieve any of that.

And George Lucas is to blame.

The audience for Black films is almost exclusively Black. That’s pretty much a principle of filmmaking. Andrew Weaver, assistant professor of telecommunications at Indiana University at Bloomington, looked at how the racial makeup of films affected filmgoers. He found, among other things, that the “intended audience” for the film was far less likely to see the film when 70 percent of the cast was black.” At minimum this appears discriminatory, and at worst, it is as though his research was conducted at Pat Buchanan’s family reunion.

But Professor Weaver believes that this perception could be changed, “if more mainstream movies cast minorities. If multiracial casts became the norm and movies were marketed to all demographics, the stigma could fade away.”

Ironically, by the looks of the marketing thus far, Lucas doesn’t know how to market an all-Black film any better than Hollywood does. The main reason anyone has even heard about the film is because of what he said on The Daily Show, and it’s now become some ill-fated rallying cry in the African-American community that won’t yield what Lucas intended.

Folks want to stick it to Hollywood by supporting it. Great. But this movie won’t recoup what it cost if only Black audiences go see it. And therein lies another problem — Lucas spent too much.

Take a look at the top 10 most profitable independent Black films. Only two cost more than $10 million; one was Precious, which was endorsed by both Oprah and Tyler Perry, and the other was Ray, a biopic of a very famous and well-loved figure. All of the others cost less than $1 million to produce and generated far more multiples of that in profit.

Hollywood will see George Lucas lose money on this film, shake their collective heads, and say, “We told him but he wouldn’t listen.” Lucas won’t change one mind about the economics — or lack thereof — of investing heavily in black films. Worse yet, Lucas’ experience may be just the reason fewer black films are made in the future. Hollywood is always looking for a reason to cut their losses and go back to proven models of generating revenue (Saw 18 anyone?).

There is a market for well-made and well-marketed black films. Red Tails just isn’t the latter. It comes back to limiting the risks and heeding to the principles. If not, filmmakers won’t be investing in Black film, they’ll be doing what Lucas is doing: gambling.