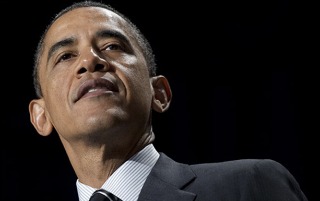 Although much has been reported about President Obama’s domination of the Hispanic voting bloc in his re-election, there’s another, less-hyped group who also helped him to his win: Pew Research Center calls them the “nones,” a growing number of Americans with no specific religious affiliation. Some identify as atheist or agnostic but over half consider themselves “religious” or “spiritual.”

The “nones” tend to be younger, socially liberal, Democratic and now make up nearly 20 percent of the population. Obama won over 70 percent of this vote. The “nones” were especially in crucial swing states where he was competing with Catholic and Protestant voters who tend to be Republican, like Ohio, Virginia and Florida. Gregory Smith of the Pew Forum on Religion & Public Life tells NPR,

“This really is a striking development in American politics. There’s no question that the religiously unaffiliated are a very important, politically consequential group.”

J Ann Seltzer, a pollster from Iowa, was fascinated by this group’s overwhelming support of Obama: “My question is, what is it about having no religion that makes you align so dramatically with the Democratic Party?”

Pew Research apparently tried to answer this question. Smith notes that the importance of this bloc of voters is driven by generational change, saying, “Young people just now entering adulthood are not only significantly more religiously unaffiliated compared with their elders today,” they’re also more so than previous generations of young people. “Nones,” Smith makes clear, are not non-believers. They are “certainly less religious than those who say they belong to a religious group,” but may still be “believers.”

Smith also cautions against relying on this bloc for political gain, saying that “religious switching is a very common thing in the United States” and “people go in and out of the unaffiliated column.”