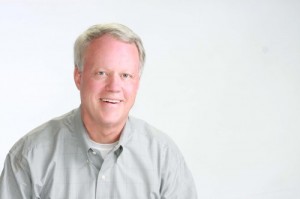 During President Obama’s January State of the Union address, Rep. Paul Broun (R-GA 10) became the closest thing to a “You lie!” moment, tweeting during the address “Mr. President, you don’t believe in the Constitution. You believe in socialism.”

Broun became embroiled in another controversy when, at a Tuesday town hall meeting, he was asked “who is going to shoot Obama?” and responded with stunning nonchalance.

According to the Athens Banner Herald, Broun decided to let the person who had driven the farthest to the town hall ask the first question. The reporter didn’t hear the question, but saw it on a blog comment, and later confirmed it with Broun’s Press Secretary:

The thing is, I know there’s a lot of frustration with this president. We’re going to have an election next year. Hopefully, we’ll elect somebody that’s going to be a conservative, limited-government president that will take a smaller, who will sign a bill to repeal and replace Obamacare.

The blog commenter, Mark Farmer, recounted the incident this way:

I was there last evening. The honor of the first question asked was given to a man who had traveled 75 miles to attend.

Nearly everyone in the room, including U.S. Congressman Broun laughed.

The Secret Service has already investigated the incident, and assessed the threat.

Secret Service spokesman Ed Donovan told Mediaite this morning “We’re aware of the situation, the appropriate investigative steps have been taken, and we consider the matter closed.”

Donovan explained that “We’ve interviewed the subject, and at this point, the matter is closed…no action is being taken.”

A law enforcement source confirmed that the Secret Service interviewed the constituent and determined that he or she was an “elderly person” who now regrets making a bad joke.

Aside from the more weighty aspects of this story, this is the first time that I’ve ever seen a commenter on a blog actually break news, although our readers do regularly tip us off to stories that we may end up covering.