Rashida Tlaib: Barack Obama 'Looked Straight At Me and Said 'I'm Proud Of You'

Rep. Rashida Tlaib: Obama ‘Looked Straight At Me and Said I’m Proud Of You’ 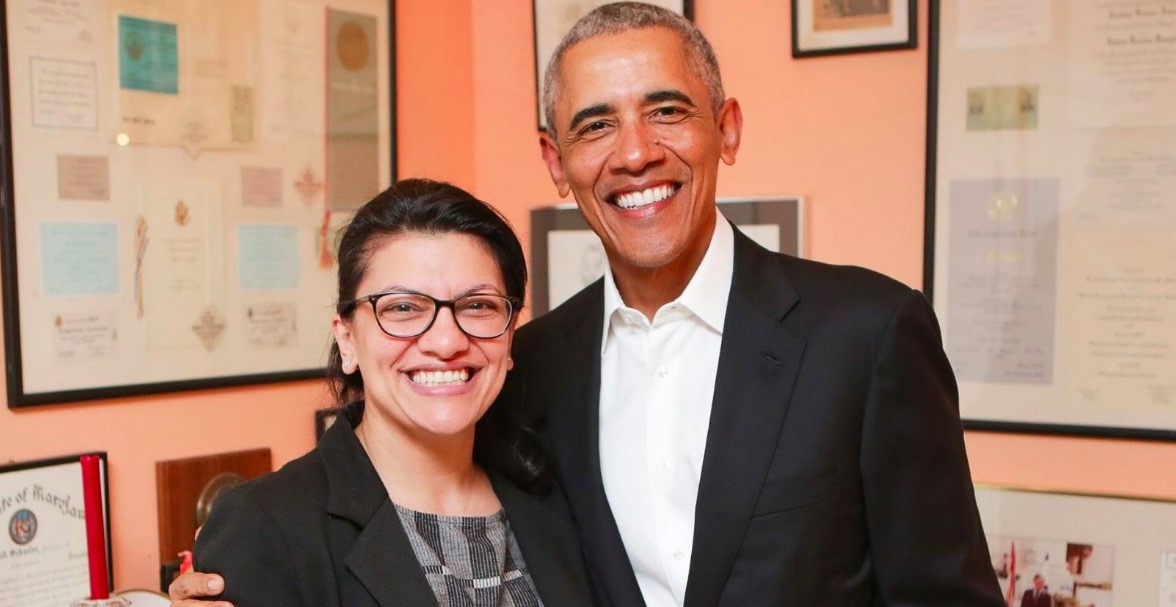 Obama recently met with freshman Democratic representatives and Tlaib said that the “best part was when he looked straight at me and said, ‘I’m proud of you”:

.@BarackObama met with us new members of Congress and we had a thoughtful discussion about serving our country. The best part was when he looked straight at me and said, “I’m proud of you.” pic.twitter.com/cPDOth0B5i

The picture has been met with mixed reactions:

Obama only killed hundreds of thousands of Muslims and Arabs in his Syria, Libya, Yemen, drone adventures, but okay – prostrate yourself. https://t.co/cer8wnKYNM

If you think you can’t draw a straight line between Obama, Tlaib-Omar-AOC, you haven’t been paying attention to their regressive progressivism https://t.co/VYXqikbISz

The Washington Post reports Obama warned the Democrats to consider the costs of their progressive proposals.

‘He said we [as Democrats] shouldn’t be afraid of big, bold ideas — but also need to think in the nitty-gritty about how those big, bold ideas will work and how you pay for them,” one person told the Post.

While he did not name a specific proposal, many in the room took it as a reference to Medicare-for-all and the Green New Deal.