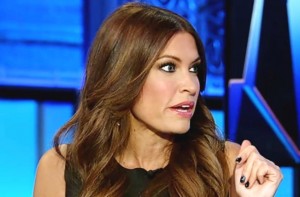 Apparently, it looks like some of the most devoted Trump loyalists may end up getting shut out of the incoming administration, or at least given jobs that they most desired. Meanwhile, a Fox News host seems to be gathering steam when it comes to securing the position of press secretary.

According to Politico, President-elect Donald Trump’s transition team is expected to announce the filling of a number of key White House positions this week. However, it isn’t expected that names like former campaign manager Corey Lewandowski or New Jersey Governor Chris Christie — who was removed as chair of the transition team — will be among those listed.

On the other hand, Fox News’ Kimberly Guilfoyle has been making a push for the White House press secretary role. Per the report, Republican National Committee spokesperson Sean Spicer is still seen as the favorite for the position. But the team is looking at offering Guilfoyle an “ancillary role,” and that there is consideration of perhaps having Spicer and the Fox host split the position.

It seems that chief strategist Steve Bannon is behind the push for Guilfoyle, with Chief of Staff Reince Priebus backing Spicer. She has been told to be ready for another meeting with Trump.

Sources say Bannon made the case for Guilfoyle to Trump on Monday night at Mar-a-Lago, his Palm Beach resort where he is spending the holidays. Following the meeting, Guilfoyle was told to remain on standby to come down to Florida for a meeting with Trump this week. Last week, Guilfoyle had a lunch meeting at Trump Tower where she met with senior transition staffers. The meeting was followed by a call at the end of the week with Bannon and senior Trump adviser Kellyanne Conway.

“There’s been growing interest in finding a role for Guilfoyle to share traditional press secretary duties,” said a transition official.

Earlier this week, Guilfoyle’s colleague Geraldo Rivera pushed for Guilfoyle to get the job, stating that she would be “great press secretary” because she’s “smart” and “sharp.”

Lewanndowski, who was fired as campaign manager in late June and then worked for CNN as a political commentator, was hoping to be named as senior adviser, but that’s not going to happen. Much of the issues appear to be based on his run-ins with staffers and Trump family members while campaign manager. Thus, it looks like they are considering giving him a lower-profile post.

“They want to find something for him, but it needs to be someplace where he can’t do too much damage,” said a GOP operative who advised the Trump campaign and transition effort and was briefed on White House staffing discussions. “The overall sense was that Corey is just not the governing type.”

Also, Christie’s prospects are declining by the day, with one of his own former advisers, Bill Stepien, being seen as the leading contender for a job Christie was hoping to snag — political director. The New Jersey guv has had a contentious relationship with Trump’s son-in-law Jared Kushner.