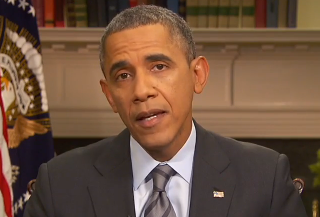 President Barack Obama recently met with his fellow Democrats with the mission of discussing thier strategic approach to maintaining a focus on shared political goals in a contentious midterm election year. During those meetings, the president conceded that he is aware of how unpopular he has become in many states where some embattled Democrats are seeking reelection.

According to a source who spoke to the Washington Post about that meeting, Obama conceded that he knows it is in some members’ best interest if he kept his distance from them this year.

While the post reports that the meetings with House and Senate Democrats was not primarily focused on politics, the subject of the threat to their party’s Senate majority did come up. “With control of the Senate at stake, many of those Democrats are actively seeking ways to distance themselves from a president who is deeply unpopular in their home states,” the Post reported.

“He said he knew he is not popular in some of the states so he would not be offended if he were not invited to visit them this year,” an anonymous U.S. Senator told the Post. “But he said he could be helpful in some parts of some states.”

Some vulnerable Democrats are even more aggressive toward the president. “I want him up in Alaska so I can show him where his policies haven’t worked,” said Sen. Mark Begich (D-AK), widely considered one of the 2014 midterm cycle’s most vulnerable members. “I’ll drag him up there to show him what he needs to be doing. I don’t need him campaigning for me.”