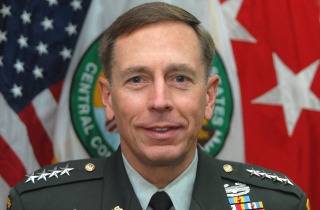 As the battle continues for the position of Secretary of State, President-elect Donald Trump has reportedly decided to chuck a new name into the mix.

A senior official on Trump’s transition team has told Bloomberg that the mogul will hold a meeting today with retired general and former CIA director, David Petraeus. This development comes after Petraeus gave an interview last week with BBC Radio 4, where said he’d be willing to serve in a Trump administration:

“If you’re asked, you’ve got to serve…put aside any reservations based on campaign rhetoric…and figure out what’s best for the country.”

Petraeus would be the latest potential candidate for the State Department head, and it comes as speculation and contentious discussion continue over Trump’s choice. Mitt Romney is being considered for the role, though Trump loyalists have expressed displeasure with the idea that he could get such a major role after condemning Trump. Rudy Giuliani and John Bolton, both ardent Trump supporters, are also up in the running.

Petraeus fell from grace in 2012 when he was was caught in an extramarital affair with his biographer, Paula Broadwell. Petraeus shared classified material with Broadwell during this time, and two years later, he pled guilty to misdemeanor charges for his improper handling of the information.

Throughout the 2016 election, Trump compared Petraeus’ transgressions with Hillary Clinton‘s private server scandal. Trump said it was unfair that Petraeus’ career was ruined while the “rigged system” allowed Clinton to avoid indictment and run against him.