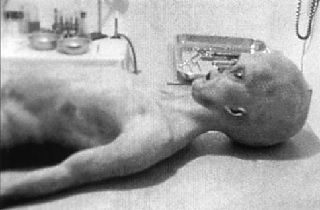 The Republican National Committee’s just-released 2012 so-called “Autopsy Report,” which purports to solve some of the problems that resulted in resounding defeat, has been getting lots of buzz for its thoroughly self-delusional insistence that all the party needs is a new coat of paint on (mostly) the same old policies. While the repetition-padded 97-page document is rife with condescension toward every non-white and/or non-male voter, the RNC’s autopsy displays specific contempt for black voters, and a bare acknowledgement of the existence of LGBT Americans.

It’s no surprise that the RNC “Growth and Opportunity Project” has gotten a chilly reception from the voters whom they desperately need to stop completely alienating. The “cause of death” seems obvious; the Republicans shot themselves in the foot over and over again with everyone but entitled white males, and their autopsy seems to conclude that they need prettier bullets, and one Band-Aid. As Emily’s List spokeswoman Marcy Stech (formerly of Bill Burton‘s Priorities USA) pointed out in a statement, the GOP document was woefully short on policy:

Buried on page 20 of the GOP soul-searching manifesto is an entire section dedicated to the need for Republicans to appeal to women voters. From actively recruiting women candidates to hiring more women spokespeople to seeking out females to using “…language that addresses concerns that are on women’s minds”, their strategy reeks of desperation.

But absent from this section: any substantive mention of the best policies best for women and families.

After failing to support equal pay for equal work, dragging their feet on the Violence Against Women Act, opposing the Affordable Care Act, and standing in the way of a woman’s right to choose, Republicans have done themselves no favors with women voters.

And on top of all that, they’re poised to vote in support of the Ryan budget in the House this week, which will clearly impact women and families the hardest.

Try as they might, it’s going to take a lot more than a glossy document for the GOP walk away from their self-created War on Women.

The RNC’s defenders might point out that they clearly state, repeatedly, that “We are not a policy committee,” but there is one specific policy, and only one, that they do recommend, the aforementioned Band-Aid:

We are not a policy committee, but among the steps Republicans take in the Hispanic community and beyond, we must embrace and champion comprehensive immigration reform. If we do not, our Party’s appeal will continue to shrink to its core constituencies only.

Voters can decide for themselves just how sincere this policy u-turn is, and time will tell if it works out, but the absence of a single other policy recommendation, directed at any other group, speaks to the party’s shallow understanding of the voters it hopes to woo. Still, there were several instances of lip service to non-specific policy attenuations. On Asian and Pacific Islander Americans:

Republicans need to make a better effort at listening to female voters, directing their policy proposals at what they learn from women, and communicating that they understand what a woman who is balancing many responsibilities is going through.

There was one group, however, that didn’t even get a bland promise of some sort of policy consideration. Can you guess which one? Rather than even think about changing their policies to attract black voters, the RNC’s answer is to infiltrate black organizations, because black voters are just in the bad “habit” of ignoring awesome facts: (emphasis mine)

Establish a presence in African American communities and at black organizations such as the NAACP. We are never going to win over voters who are not asked for their support. Too many African American voters have gotten in the habit of supporting Democrats without hearing anyone in their community making a case to the contrary.

As condescending and simple-minded as the report is to every other group. black voters are the only ones who are portrayed as the ones who have the problem; it’s not the GOP’s failure, it’s the black voters’. Their other big idea is to get in there and edumacate them:

Engage historically black colleges and universities (HBCUs) with the goal of educating the community on Republican ideals and the Party’s history.

Perhaps my favorite bullet point for black voters, though, is this one:

The RNC should work with the RSLC to develop best practices of Republicans who were successfully elected in districts with a high population of African American voters.

Also telling is the RNC’s need to insist that they’re a party of “tolerance and respect,” and need candidates to stop undermining that with their mouths every chance they get. They get that message across with variations on this boilerplate:

The Republican Party is one of tolerance and respect, and we need to ensure that the tone of our message is always reflective of these core principles. In the modern media environment a poorly phrased argument or out-of-context statement can spiral out of control and reflect poorly on the Party as a whole. Thus we must emphasize during candidate trainings, retreats, etc., the importance of a welcoming, inclusive message in particular when discussing issues that relate directly to a minority group.

Curiously, the RNC only sees “poorly phrased arguments” and “out-of-context statements” as a problem for Hispanic voters and Asian and Pacific Islander Americans, but seem to reserve the right to tell black people to stop being satisfied with food stamps, or to quit trying to vote after church.

It’s hard to tell what’s worse, though; being condescended to and blamed by the RNC, or being almost completely ignored by them. The one and only mention of gay people, in particular, is to say that they won’t drum you out of the party for not being a horrible homophobe:

For the GOP to appeal to younger voters, we do not have to agree on every issue, but we do need to make sure young people do not see the Party as totally intolerant of alternative points of view. Already, there is a generational difference within the conservative movement about issues involving the treatment and the rights of gays — and for many younger voters, these issues are a gateway into whether the Party is a place they want to be.

The RNC’s “autopsy report” will be getting a lot of attention this week, but to the voters who helped President Obama crush them in 2012, it looks a lot more like a suicide note. Not that there’s anything wrong with that.