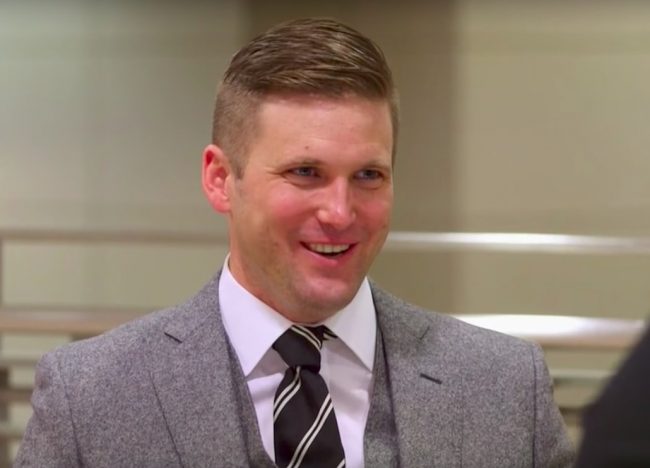 “Racism is evil,” said Trump speaking from the White House. “And those who cause violence in its name are criminals and thugs, including the KKK, neo-Nazis, white supremacists and other hate groups that are repugnant to everything we hold dear as Americans.”

But Richard Spencer, perhaps America’s most famous Nazi, says he doesn’t believe a word of it.

“His statement today was more kumbaya nonsense,” said Spencer through his office, Business Insider reported Monday, “Only a dumb person would take those lines seriously.”

Spencer’s reaction was typical of what many mainstream figures had feared, that Trump’s condemnation coming 48 hours after a woman was killed by a white supremacist terrorist, would not be taken seriously by the organizations which fomented the violence.

After Trump’s similarly tortured and eventual denunciation of David Duke in 2016, the former Ku Klux Klan leader laughed it off, telling Fox News radio at the time that Trump should do whatever he needed to, to get elected.

By contrast, after Merck CEO Kenneth C. Frazier announced his company was leaving the presidents’ American Manufacturing Council, Trump was on Twitter within minutes to offer a blistering condemnation.