RNC Committeewoman Claims Rubio and Cruz Both Ineligible for Presidency

RNC Committeewoman Claims Rubio and Cruz Both Ineligible for Presidency 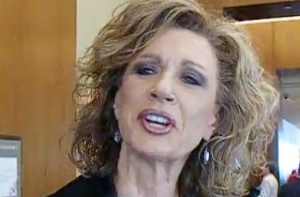 The Ted Cruz “birther” stuff must be getting a little blasé because a Republican National committeewoman from Nevada just proposed that not only is Cruz not eligible to be president, but GOP rival Marco Rubio isn’t either.

Cruz’s Canadian birthplace has been dragged through the press relentlessly over the last few weeks, but Rubio’s birth to immigrant parents hasn’t been discussed as much. Enter Diana Orrock, who not only serves the RNC, but is running for the Nevada state assembly.

Rubio and Cruz are ineligible. Devvy Kidd — Trump Should Move On This: Cruz, Rubio and Secretaries of States https://t.co/ycw8qmuEWN

She tweeted a link to an article by Devvy Kidd on conservative website News With Views. Kidd contends that because Rubio’s parents were born elsewhere and weren’t naturalized as citizens until he was four years old, he cannot run for the nation’s highest office.

Although she only has about 300 followers, Orrock has already gotten some blowback:

@DianaOrrock Rubio has his parents immigration documents on his website…..he is a US Citizen….but nice try.

@DianaOrrock Sorry, wrong. Anyone born in the US, and only need 1 parent a citizen: pic.twitter.com/KgZwKW2424

@DianaOrrock You’re incapable of holding your position and should resign in disgrace.

The rest of her page showcases her strong devotion to GOP candidate Donald Trump, who has recently threatened to sue Cruz over his citizenship.

According to Talking Points Memo, Cruz and Rubio have both been “generally accepted” as eligible for a presidential run.