Rodney King Talks Trayvon Martin: When I Heard 911 Call, ‘I Heard Myself 20 Years Ago’ 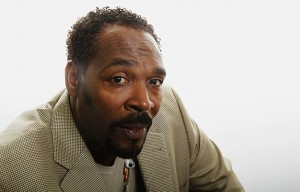 With all the talk of race, crime, and identity politics in the wake of the Trayvon Martin scandal, one person with a unique perspective on this case weighed in. Rodney King was the victim of police brutality in Los Angeles 21 years ago, and the outrage led to violent riots all over the city. King warned people not to jump to conclusions and let the justice system work, but he admitted that after listening to Martin’s 911 call, “I heard myself 20 years ago.”

RELATED: Dan Abrams: ‘Surprising’ That The Investigator Still Doesn’t Know If Zimmerman Was The Aggressor

He opened up to the New York Daily News about his thoughts about the national tensions building up over anger in Martin’s case and how it took weeks for George Zimmerman to finally be charged. Recently, a black teenager in Chicago admitted to jumping a white man because he was angry over the murder. King said that he doesn’t believe two wrongs make right, and urged caution from those people angriest at how events have unfolded.

“It’s a horrible, horrible thing that happened to Trayvon, but we have to be patient,” he said. “The justice system works. It’s a slow process, but I know it will work for him. I just have faith that it will…

“When I heard the scream on the 911 call, I heard myself 20 years ago. It sounds like a death scream,” King said. “But it’s a touchy situation. We have to wait for the justice system to take care of this.”