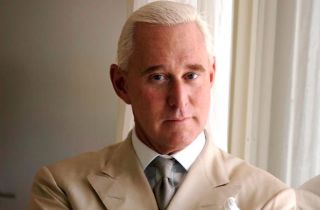 Reports have emerged that Donald Trump has given the “you’re fired” treatment to his ally and adviser Roger Stone. However, Stone said that he was the one who called it quits with Trump, saying that his constant feuding is distracting from the core issues.

Trump told The Washington Post‘s Robert Costa that Stone would dispute how the split happened, and indeed, Stone said he was the one who called it quits. The real estate mogul insisted that the move was a result of Stone not being a serious contributor to his campaign, while also citing the publicity his statements have recently received.

A Trump spokesperson reportedly told MSNBC, “we have a tremendously successful campaign and Roger wanted to use the campaign for his own personal publicity.

POLITICO reported that they received word from friends of Stone that the former adviser sent in his resignation about an hour before Trump’s interview.

Stone’s friends also reportedly said that Stone had become increasingly fed-up with Trump’s controversies, his personality, and his confidence in uncertain poll numbers. Stone reportedly warned Trump not to go after Megan Kelly, but after he did so, his friends said he came to them with his frustration.

“He is losing his grip on reality,” Stone said. “He has these yes-men around him. And now he’s living in a parallel world.

Stone offered no direct comment, but a copy of the email was reportedly provided:

“I was proud to have played a role in the launch of your presidential campaign. Your message of ‘Make America Great Again’ harkened back to the Reagan era. Restoring national pride and bringing jobs back to America – your initial and still underlying message – is a solid conservative message. In fact, it catapulted you instantly into a commanding lead in the race…Unfortunately, the current controversies involving personalities and provocative media fights have reached such a high volume that it has distracted attention from your platform and overwhelmed your core message…With this current direction of the candidacy, I no longer can remain involved in your campaign.”

Stone has since offered two tweets regarding his departure:

Very anxious to see the direction of the Trump campaign from here and the next round of credible polls. #StandBy

Very anxious to see the direction of the Trump campaign from here and the next round of credible polls. #StandBy