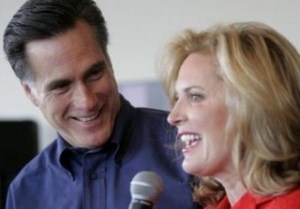 Mitt Romney‘s campaign will be posting the Romney’s full 2011 tax return online today — along with a notarized letter summarizing their tax rates from 1990 to 2009.

Ahead of the posting, Brad Malt, the trustee of the Romney’s blind trust since 2003, posted some of the main figures from the 2011 return:

–In 2011, the Romneys paid $1,935,708 in taxes on $13,696,951 in mostly investment income.
–The Romneys’ effective tax rate for 2011 was 14.1%.
–The Romneys donated $4,020,772 to charity in 2011, amounting to nearly 30% of their income.
–The Romneys claimed a deduction for $2.25 million of those charitable contributions.
–The Romneys’ generous charitable donations in 2011 would have significantly reduced their tax obligation for the year. The Romneys thus limited their deduction of charitable contributions to conform to the Governor’s statement in August, based upon the January estimate of income, that he paid at least 13% in income taxes in each of the last 10 years.

In essence, their effective tax rate was 14 percent — and took less in charitable deductions than they could have, to ensure paying at least 13 percent in income taxes.

The Twitterverse was also promptly recalled a remark Romney made in January about not paying more in taxes than needed: “I pay all the taxes that are legally required and not a dollar more. I don’t think you want someone as the candidate for president who pays more taxes than he owes.”

Along with the 2011, the campaign will release a notarized letter from Pricewaterhouse Coopers, LLC — the Romneys’ tax preparer — which will include a summary of the tax rates they paid over a 20-year period.

That letter will note the following (emphasis not mine):

The letter obviously isn’t the same as releasing previous returns, but seems to be an attempt at providing some additional information about tax rates without releasing the actual paperwork.