Roxane Gay Uses Twitter for a Lot of Reasons
Opinion 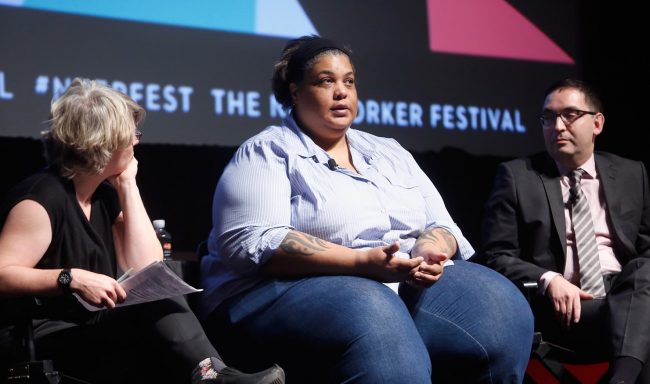 The author of Bad Feminist, Difficult Women, and a number of other cultural masterpieces, feminist icon Roxane Gay uses her far-reaching platform to share a wide range of patriarchy-crushing insights, from the age-old phenomenon of body-shaming to how admitting to your imperfections as a feminist is the best way to move forward. On talk shows, in her books, and yes, on Twitter, Roxane is here to tell her stories, to teach, and to empower, and she won’t be silenced or shamed for it.

Earlier today on Mediaite, Senior Editor Jon Levine wrote a lighthearted take on Gay’s some six-year long tendency to talk about her ankle problems. I strongly doubt there was any malice behind it, but in either case, Gay was offended, and candidly, she has every right to be.

This is mean and bizarre. What a thing for a website to do. And then I read the comments and, well, yeah. https://t.co/isA6zMovtG

Criticism of public figures’ use of social media is often pretty fair. I’d say criticism of President Donald Trump‘s use of Twitter is not only fair but ultimately necessary.

But criticism of Gay for talking too much, for spewing trivial hot air, and selectively focusing on some of her words while ignoring her powerful message on feminism, which she spends most of her time talking about, is problematic, and certainly has gendered undertones.

After all, wasn’t it just last month that an Uber board member joked that women talk too much? The idea that women are talking too much — and saying a lot of nothing —  sends a message to women that we should talk less or, better yet, be silent. The issue of repressive messaging in our culture often isn’t intended — I’m sure it wasn’t in Jon Levine‘s post, which was clearly an attempt at humor not intended to offend anyone. But nonetheless that repressive messaging, however subtle and however unintended, was still there.

Gay uses her Twitter for a lot of reasons. She has a lot to say — about women, race, body positivity, feminism and, yes, her ankles — and I hope she continues to say all of it with her characteristic unfiltered confidence.