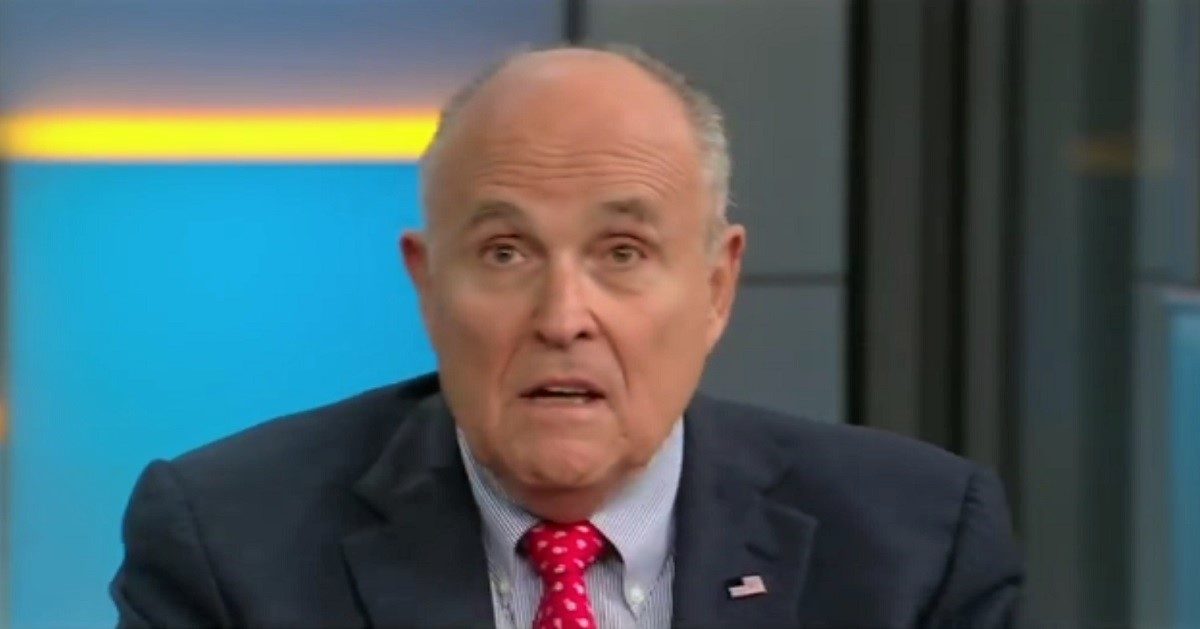 The Twitterverse is collectively scratching its head as people try to make sense of Rudy Giuliani‘s odd “ivesssapology” tweet from Friday morning.

Thursday night, Giuliani deleted a video from his Twitter feed after joining President Donald Trump to push a video edited to portray House Speaker Nancy Pelosi as though she were drunk and/or mentally unsound. Giuliani is back on Twitter now, and he befuddled news watchers everywhere when he put out a tweet that misspelled the word “apology” and, for some reason, included a GIF of the Atlanta Hawks basketball team. 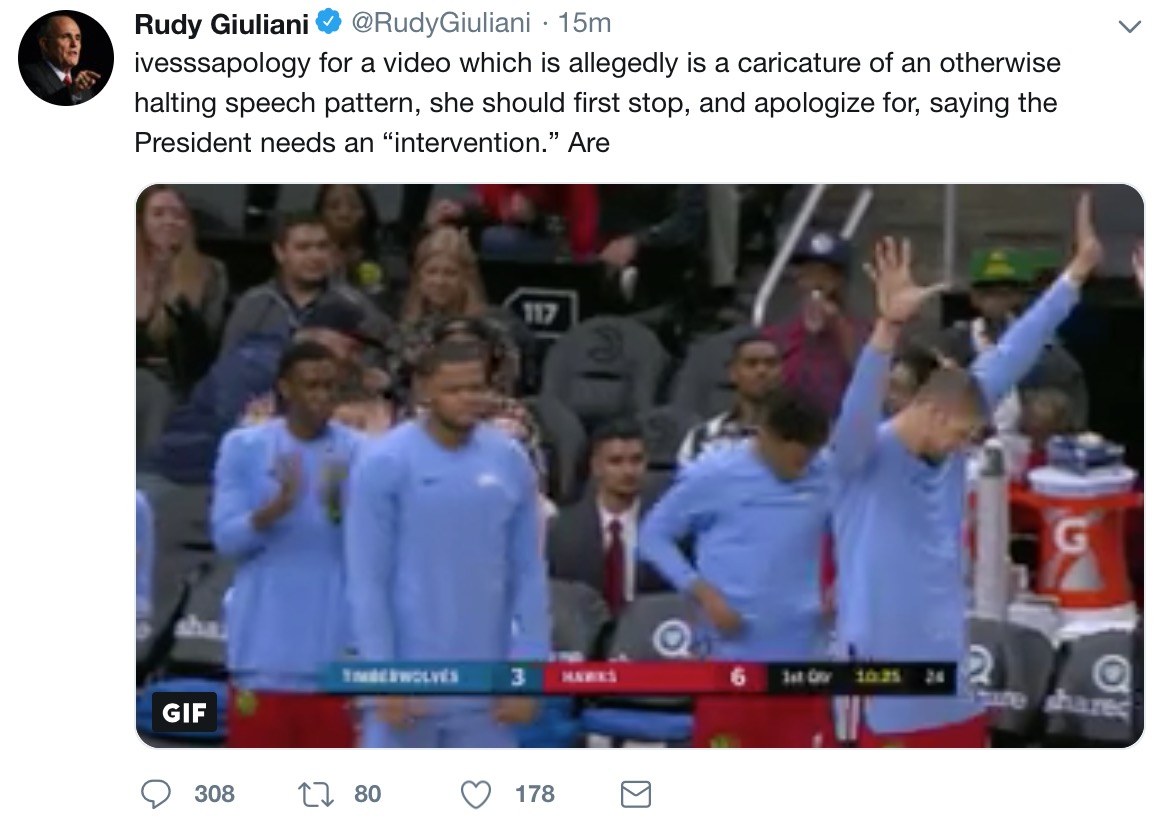 As it were, political observers have noticed Giuliani’s tweet, and they are:

D) All of the above

Good luck to the reporters attempting to describe this in a news article. pic.twitter.com/aUdOkt4JrJ

Martinis before 10am is not a good idea, Rudy https://t.co/R8hf2Yy9NK

Giuliani, who tweeted that a doctored video of Pelosi saying, “What is wrong with Nancy Pelosi? Her speech pattern is bizarre,” now tweets this — thing https://t.co/1CMFLxsbqN

What is even going on with this tweet. From the opening word(?) to the trailing “Are” to the basketball gif. I am so confused. https://t.co/62NDEXkkss

Even the doctored Pelosi video he spread (and is now apologizing in this tweet) for is nowhere near as garbled as this tweet https://t.co/9R2HxpeCkg

What in the name of …

Boy, you sure have proved Nancy has speech problems by stuttering so bad you stutter when you tweet.