Sarah Palin Apologizes to Julian Assange for Comparing Him to Terrorists

Sarah Palin Apologizes to Julian Assange for Comparing Him to Terrorists 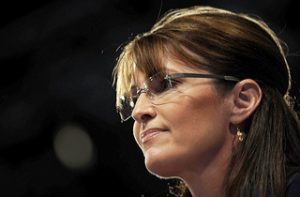 Late Tuesday night, former Alaska Governor turned 2008 Vice Presidential candidate Sarah Palin made a rare apology on her Facebook page, the intended audience of which was Wikileaks founder Julian Assange. Over six years ago in December 2010, Palin took to her Facebook page to castigate Assange for publishing her emails, which were obtained illegally by hackers, even going so far as to compare him to terrorists. Having changed her tune in light of the hacks of the Democratic National Committee and Hillary Clinton campaign Chairman John Podesta, Palin did an about-face, going back to Facebook to issue an olive branch to the controversial Wikileaks founder.

“Exposing the truth re: the Left having been oh-so-guilty of atrocious actions and attitudes of which they’ve falsely accused others,” she wrote in a what appears to be an incomplete sentence. The media collusion that hid what many on the Left have been supporting is shocking. This important information that finally opened people’s eyes to democrat candidates and operatives would not have been exposed were it not for Julian Assange.” Having laid the groundwork, Palin then wrote that “I apologize for condemning Assange when he published my infamous (and proven noncontroversial, relatively boring) emails years ago.”

She also reiterated something she said six years ago, which was that “the line must be drawn before our troops or innocent lives deserving protection would be put at risk as a result of published emails.” In the 2010 post, she cited Wikileaks outing U.S. sources in Afghanistan as an example of this.

As for Assange, he hasn’t commented on the apology yet. At the time, he claimed that Palin’s suggestion that he be “pursued with the same urgency we pursue al Qaeda and Taliban leaders” was a death threat.