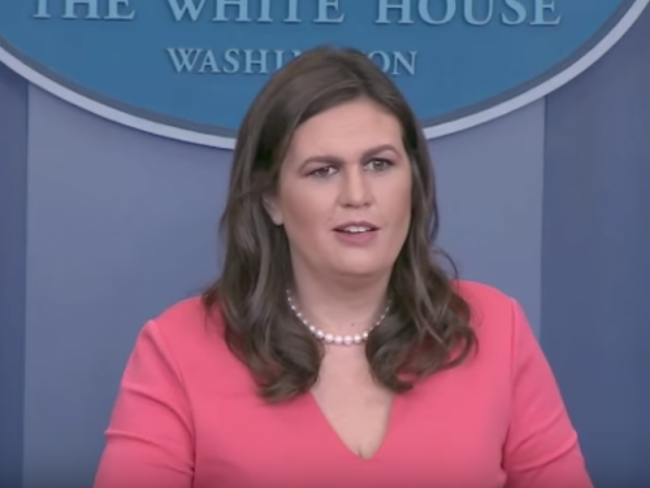 White House Press Secretary Sarah Huckabee Sanders called out a member of Congress on Twitter for saying she was “lying” over a misleading tweet.

Lieu tweeted she’s lying in response to a now-deleted tweet from The Hill on comments she made about Democrats and the tax bill today:

Dear @PressSec: You don't serve in Congress. I do. And I can say with absolute certainty that you are lying. https://t.co/PGGMhnRVzr

Dear @tedlieu – I don’t serve in Congress, but I can read. If you had read the story, not an incorrect tweet, you would see that what I said was Dems should be begging to help Americans keep more of their money. You should spend less time tweeting, more time doing your job. https://t.co/jI3W2a0xaQ

Lieu responded with a shot at the President’s own tweeting habits:

Dear @PressSec: If the Hill tweet was incorrect, then my tweet based on it would also be incorrect. Unlike the Trump Administration, I am confident enough to admit errors. Also, I dare you to give the same tweeting advice you gave me to your boss. https://t.co/EpcCV4VIiM