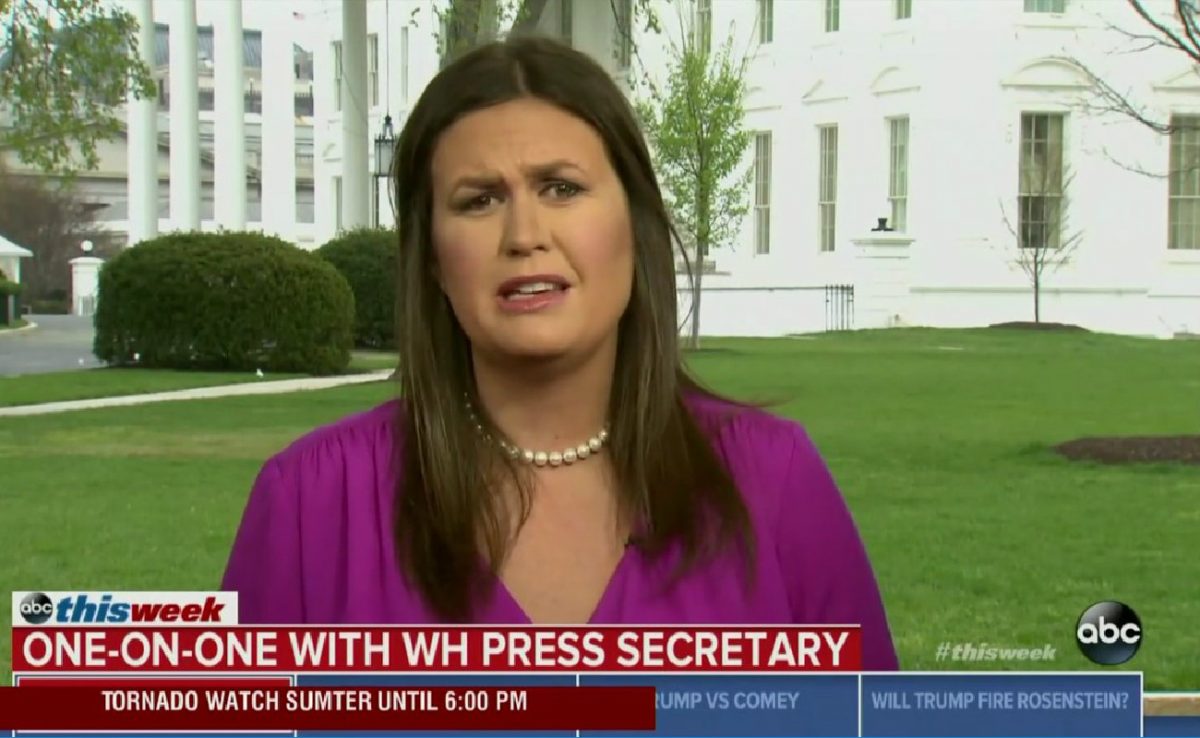 The CNN host claimed the interview was cancelled after the network’s White House correspondent Jim Acosta exchanged heated words with Trump at his U.K. press conference on Friday.

Update: @AmbJohnBolton had been locked in for tomorrow’s @CNNSOTU. Then the president attacked CNN during his UK presser, and our WH correspondent tried to ask a question. We are told Amb. Bolton remains fully prepared to do the interview but the White House has canceled it.

Sanders responded, in a concise demonstration of why she’s a dreadful press secretary, by slamming Acosta for “disrespecting” the president — without naming the CNN reporter.

“Instead of rewarding bad behavior, we decided to reprioritize the TV appearances for administration officials,” she wrote.

Actually a @CNN reporter disrespected @POTUS & PM May during their press conf. Instead of rewarding bad behavior, we decided to reprioritize the TV appearances for administration officials. https://t.co/58LaJH6WaD

Speaking of poor press relations, the White House still has not responded to Mediaite’s report on Darla Shine, the wife of White House communications chief Bill Shine, and her racist tweets.

“Disrespected?” After Trump insulted CNN, Acosta said, “Mr. President, since you attacked CNN, can I ask you a question?” Then Acosta said CNN is real, not fake. And that’s that. https://t.co/6M6RJTCyVO