Why Former Sen. Scott Brown Never Should Have Deleted His Ill-Advised Tweets From 12:45 A.M. 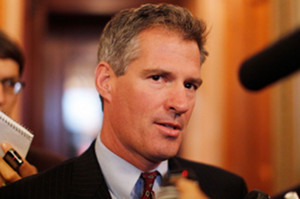 A nice thing about being a well-known person on Twitter (we assume): constantly receiving messages of fulsome praise from your fans (well, unless they’re begging for retweets). A drawback of being a well-known person on Twitter: constantly getting trolled by your detractors. As a former (and perhaps future) senator, Scott Brown is an especially easy target for such criticism. Judging by the number of replies he generally sends out, he normally handles this in what is probably the smartest way: saying nothing. Last night, though, after watching his daughter play a show, Brown decided he’d had enough of everyone’s crap. And the result became an internet sensation very, very quickly:

But it got better, thanks to a few stray letters and what was either a botched reply, or a message for us all that Scott Brown is not having it anymore:

Unfortunately, Brown then made his first real mistake: he corrected himself…

…and then, after one more irony-rich insult:

… and getting made fun of by pretty much the entire internet, Brown deleted all of the tweets. (See? Nothing there now.) And I have to confess my great disappointment that he did this. He doesn’t appear to have claimed he got hacked, which is a plus, but… come on. He was destined to be the Bqhatevwr guy as soon as he sent that tweet, whether he got rid of it or not. And if he does run for office again… just think of the political benefits that could have been had from embracing Bqhatevwr instead of running from it. As proof, here are some hypothetical criticisms and Brown’s potential response to each:

Critic: Hey Scott, I know you pulled out the Senate upset in a blue state once, but I just don’t see how you’ll be able to do it again.

Critic: Hey Scott, what’d you think of that stuff Harry Reid said about you? 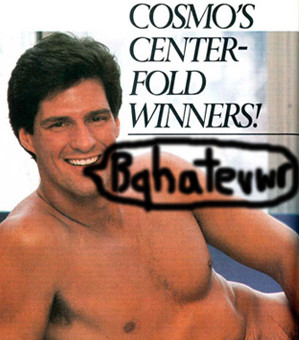 And now none of that’s likely to happen. I think I’ve been on the internet long enough to confidently say that had Brown embraced being the Bqhatevwr guy, everyone – even people who don’t see eye-to-eye with Brown politically, and especially young people, with whom Brown’s party has some well-known problems – would have eaten it up. Even if he’s lost – honestly, even if he’d never run at all – the Brown brand would have been enhanced by Bqhatevwr. He had two choices: one was to not take himself seriously, and try to use the tweets and typo to his advantage. Some might have called him a loose cannon, sure. Everyone else would have loved it, and he could have leveraged that to reach greater political heights. For evidence of this strategy working, see here.

But instead, he chose the “delete everything and try to pretend it never happened even though it’s already all over the internet forever either way” strategy. You know what the result of that is? Tweets like this: