Senator Cruz is Wrong, His Eligibility for Presidency is Debatable 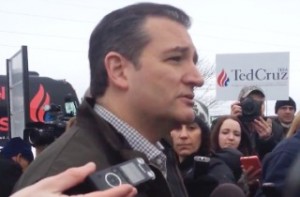 This article is from LawNewz.com, a new Abrams Media website covering law and crime launching next week.

Senator Ted Cruz is wrong, his citizenship is not settled law.

Cruz defiantly scoffed off recent criticism by Republican opponent Donald Trump regarding his citizenship by proclaiming that the question is “settled law.” Here is the thing. It is not. In fact, the meaning of natural born is just simply not defined in the U.S. Constitution.

There are three basic requirements for presidency. First, the President must be 35 years old or older. Second, he or she must be a “Resident” of the Unites States for fourteen years. But the third one is vague and is the heart of the controversy. The President must be a “natural born Citizen.”  Mr. Cruz – a Harvard Law grad, an attorney and former state solicitor general – should know that.

While the U.S. Supreme Court has mentioned in passing this natural-born-citizen clause, they’ve never defined it. So what is a natural born citizen? Can you be born outside the U.S.?

Cruz was born in Canada to a U.S. citizen mother, and Cuban born father.  So technically that leaves Cruz’s status up for legal interpretation. In other words, we must look back at what our Founding Fathers were most likely thinking when they came up with the requirement. Conservative Supreme Court Justice Antonin Scalia is a big fan of this kind of strict interpretation – and would likely declare Cruz eligible.

I was pretty convinced after reading Neal Katyal & Paul Clement’s recent Harvard Law Review editorial. In case you want to get political– Katyal was the U.S. Solicitor General under President Obama, and Clement held that position under President Bush (he then went on to represent conservative groups like the NRA before the Supreme Court).  Both of these men came to the same conclusion: Cruz is a natural-born citizen, no questions asked.

Here are some key pieces of evidence that they used to support he may be consider “natural born”:

To remind you, this is what Cruz told reporters last week:

“As a legal matter, the question is quite straightforward and settled law that the child of a U.S. citizen born abroad is a natural born citizen,” he said.

On that Cruz is still wrong — the question is far from “settled” as he claims.

While the water is still murky on this one, I think these so-called ‘birthers’ would have a hard time convincing the Supreme Court that our Founding Fathers would want to prevent their own children (some of whom are born outside the U.S.) from becoming president. But at least in this round of Donald Trump invokes birth certificate, he does have a legitimate legal argument to make, even its not necessarily a winning one.

During Wednesday night’s Fox Business Republican debate, Ted Cruz and Donald Trump went at it again over so-called ‘birther’ issue. Cruz, an attorney who used to appear before the U.S. Supreme Court, continues to insist that there is no legitimate legal  argument regarding his eligibility. Trump, on the other hand, says he’s got a handful of constitutional attorneys who agree with his assessment. One being, Lawrence Tribe, Cruz’s former professor at Harvard Law School.  This issue doesn’t look like it’s going anywhere, especially since, we are learning of the first legal challenge to Cruz’s eligibility.