Sexy Scotty Lago Pics Send Him Packing From Olympics, But They Aren’t The First 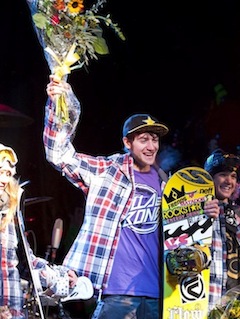 Unless you are a politician, naughty pictures are usually a sign that your celebrity status is on the rise, not the other way around. Not the case for Scotty Lago, the bronze medal winner for in men’s halfpipe earlier this week during the Winter Olympics. After photos surfaced a woman biting suggestively on the 23-year old’s medal, the athlete was either kicked out of the games, or left on his own accord, depending on who you want to believe (the United States Olympic Committee or the Internet.) 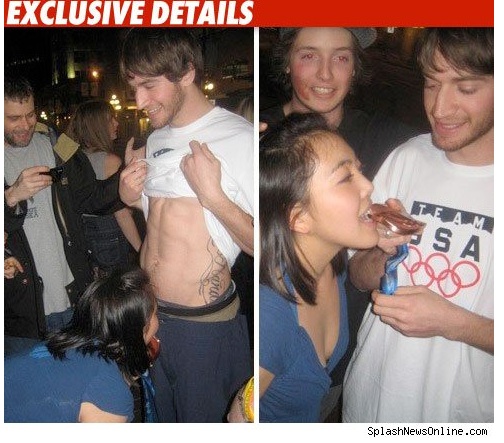 The photos first surfaced on TMZ.com, naturally, and Lago was given the choice between leaving Vancouver quietly and with some dignity still intact, or have a whole public trial with the world watching. Scotty chose the latter, and considering how the media demonized “American Hero” Michael Phelps in 2009 after pictures of him smoking a bong surfaced, he probably made the correct career decision. Still though, what consensual sex (or your proclivity to take pictures of it) has to do with being good at sports is beyond us. The pictures aren’t even that bad: more like a frat house Facebook album than a Gene Simmons sex tape.

By the way, these aren’t the first semi-scandalous pics of Lago to surface: his 21st birthday party was chronicled by SnowboarderMag.com: 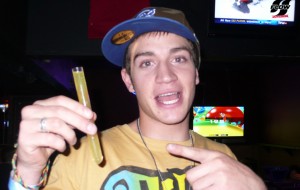 A quote from that article?

“No wonder half the bunch ended up stumbling and puking their way home. What would 21 be if you could remember? At this Study Hall there happened to be a test in the morning…and that was a test to survive.”

Point being: Snowboarders don’t really have the same reputation to uphold as some other Olympic athletes. We almost expect them to be X-treme in their behavior. Does that mean Lago shouldn’t be held up to the same standards as everyone else participating in the events? Absolutely not. But let’s not pretend that these pictures are any more scandalous than what we’d expect to see from Louie Vito Jr. or Tony Hawk. So should Lago have fought the charges?
(Photo via SplashNewsOnline.com)